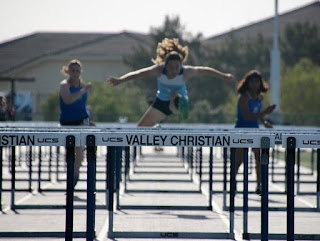 Nick Trofort was a part of 4 winning efforts, anchoring both the 4x100 and 4x400 meter relays and winning the 100 and 200 meters, the later in a personal best 22.41. Brant Baugher has been looking for a breakthrough all season and got a big one on senior night, cracking 40 feet in the shot put for the first time finishing with a mark of 40 feet, 3 inches. Preston Nguyen ran the lead leg of this 4x400 meter relay team splitting a respectable 56. He also hit 2:19 in the 800 in training shoes after nearly missing his race!

Nayan Gupta had a solid showing in shot put with a heave of 33-11. He also finished with a best 77-8 in the discus 77-8. Liz He was just off her personal best in the discus throwing 84-10. Kyle Pinn hit a personal best in the 200 meters by almost a second finishing in 29.11. In her first year of Track & Field Pinn has brought an competitive intensity that should be mirrored by all. 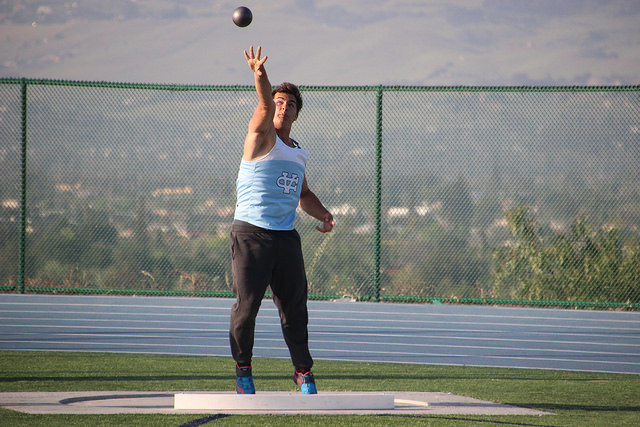 Posted by Warrior Nation at 9:16 PM