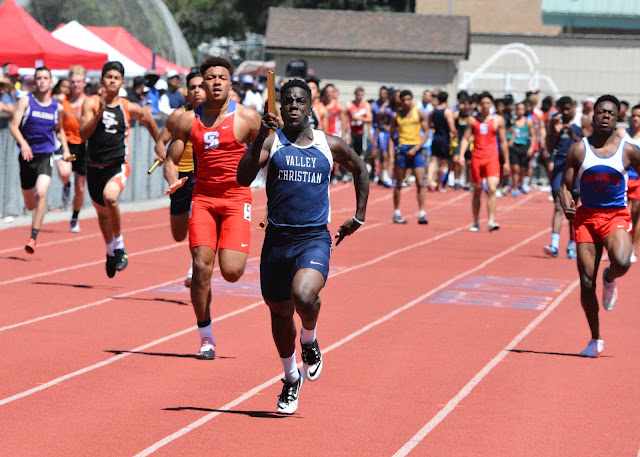 Nick Trofort anchors the 4x100 meter relay team to the fastest time in CCS this season clocking 42.05. The team is made up of 3 juniors and a sophomore ranks #4 all-time in school history. 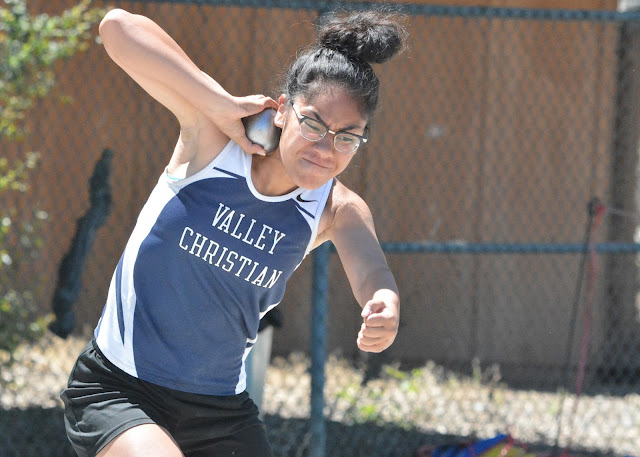 Anna Maumalanga qualified for the finals in both the shot put and the discus. Hitting a personal best 35-10 in the shot put, she qualifies the 10 seed heading into the finals. Maumalanga also threw the top mark in girls discus with a throw of 124-10. 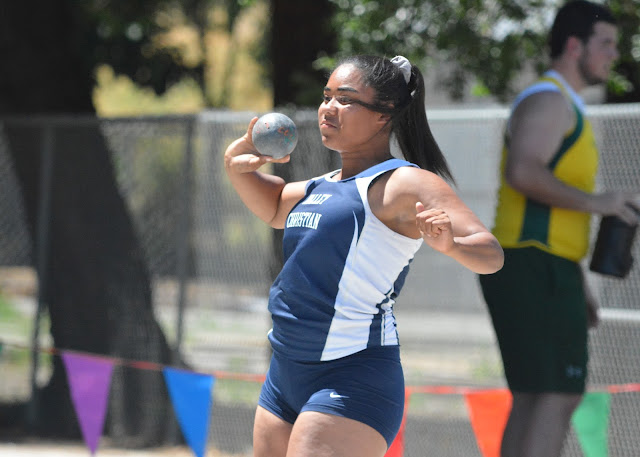 Camille Johnson will head to University of Texas to throw Javelin next year. She earned all-America honors in the event placing 5th in last year's Junior Olympics. The senior picked up the shot put for the first time this year and immediately made her mark on the Valley Christian record books. She improved steadily throughout the season culminating with a WCAL Title in the event with a personal best 35-8, a mark that is #7 all-time in school history. Johnson finished 16th at CCS Trials with a mark of 34-9, her second furthest throw ever. 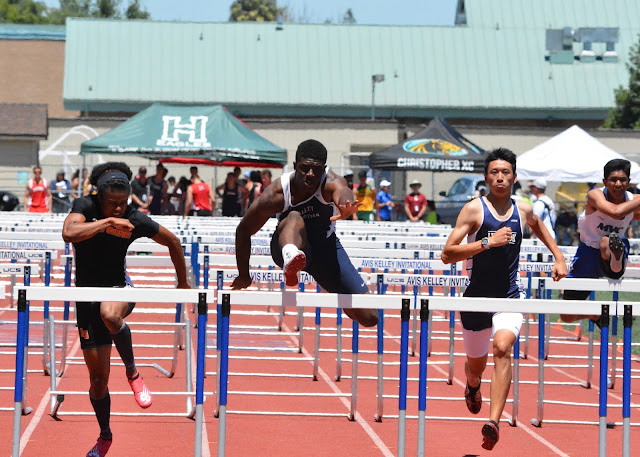 D'Angelo McKenzie cruised to the final in the 110 hurdles winning his heat with a time of 15.20. He enters the finals as the #2 seed. McKenzie, the school record holder in the event, is also ranked #2 in CCS with a personal best 14.70. 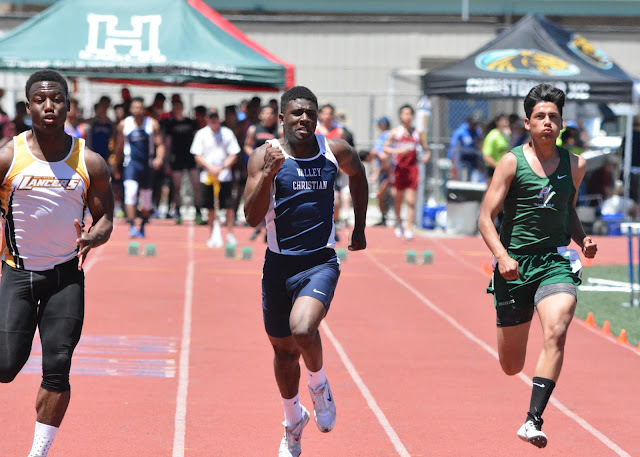 McKenzie had a busy day running in three events. After leading off the the 4x100 relay and qualifying in the 110 hurdles he closed out the day with a 11.31 clocking in the 100. McKenzie finished the season with a 11.07 personal best, a mark that is #11 all-time in school history. 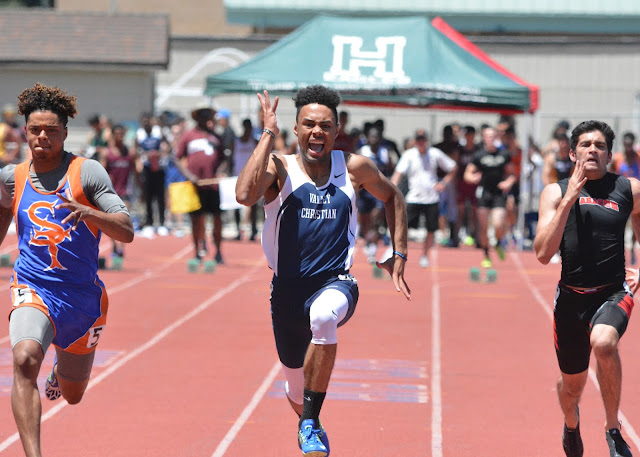 Charlie Bostic had a strong showing in the second leg of the 4x100 relay blowing away the field. He came back later the day to win his heat of the 100 meters running 10.90 and enters the finals as the second seed. 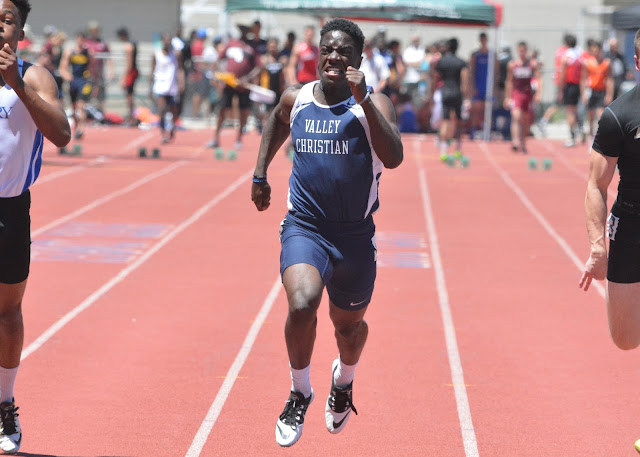 Nick Trofort moves on to the 100 meter final after running 11.07 in heat 3. He has a personal best 10.84 run at the WCAL Finals and has the fourth fastest time in CCS this season. 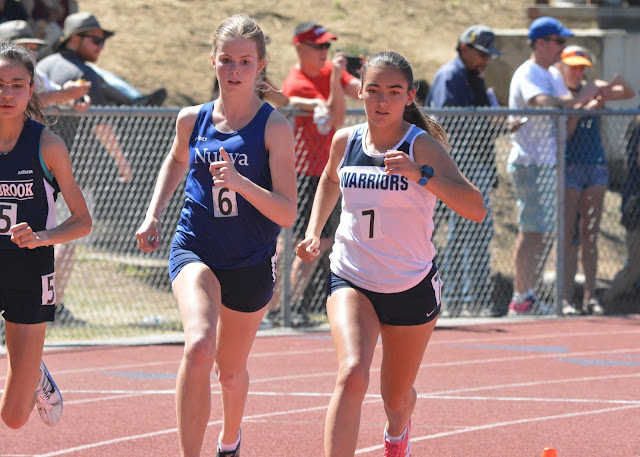 Katelyn Stone just missed qualifying for the finals finishing 15th in the 3200 meters in 12:25. It was a blistering hot day with temperatures reaching 93 degrees and track temperatures well into the triple digits. Stones won the WCAL Championship last week with a personal best 11:30, a time that is #5 all-time in school history. 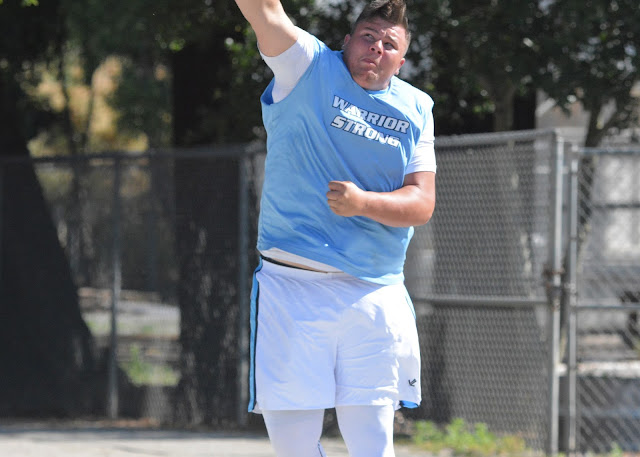 Dylan McCreery advances to the finals in the shot put with a throw of 51-0.75, a mark that is the #4 seed heading into Friday's finals. McCreery won his second consecutive WCAL in the event hitting a personal best 52-2.5. 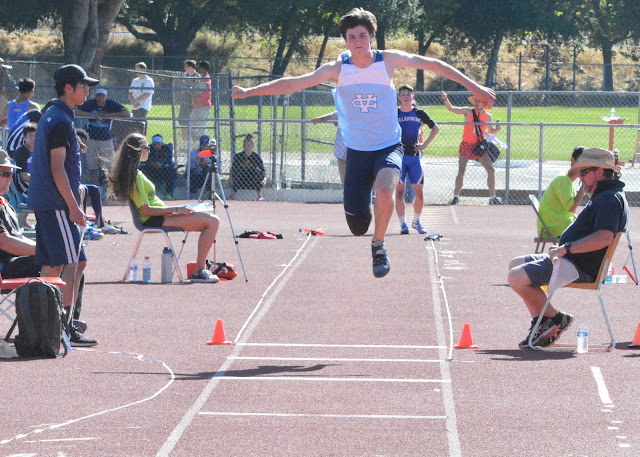 Matt Weeks jumped 45-4 to qualify for the finals as the #2 seed. He is currently ranked second in CCS and is also #2 in school history, just 1.5 inches off the school record.
Posted by Warrior Nation at 9:23 PM