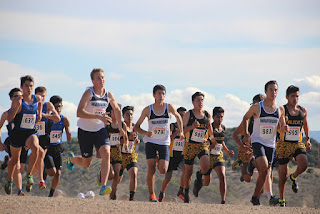 Setting a quick early pace, Cuevas took the first mile out at 5:05 followed by Lockard (5:19) and Renati (5:29). The quick start can compound the fatigue in the later miles but the team held on. Coming through the second mile Cuevas was sitting in 16th coming through in 10:37 and held on the last mile to finish in 16:15.

"We did all we could, and ultimately landed with some success," Cuevas said. "The 2016 season overall was just one filled with challenges. I have full confidence that next year's team will perform better than we did this year, without doubt." 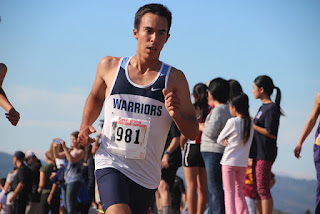 Cameron Lockard has been one of the most consistent runners to come through the Warriors program and graduates as one of the best in school history. He sits top 10 on the team's all-time list for every course the team has run. He finished in 17:10 for 33rd place.

"Considering the warmer conditions I feel like I ran a solid race. In my 4 years I have really gotten to know that course really well and that plays a huge factor into my race strategy." Cameron Lockard

Joe Renati has had his fair share of bad luck this season. After a successful comeback from a hernia suffered at the start of the year after running 16:58 at WCAL Championship came home with a fever and was out sick for more than a week. After all he had been through when it was suggested he not race he wouldn't have it. In the end he gutted out a race of 17:48.

"It sucked, but it was better than not doing it," Renati reflected. "I'm happy with my season." 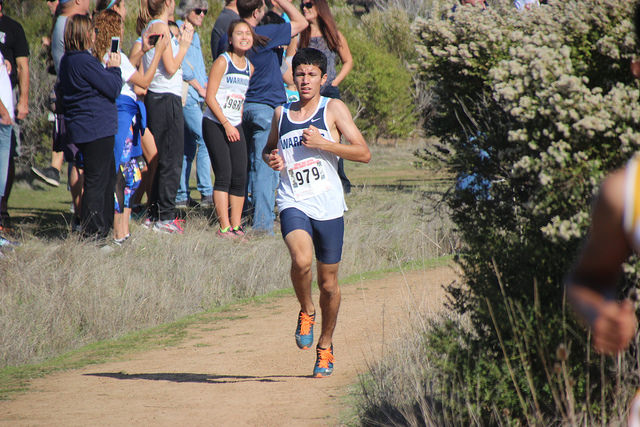 Posted by Warrior Nation at 1:46 PM