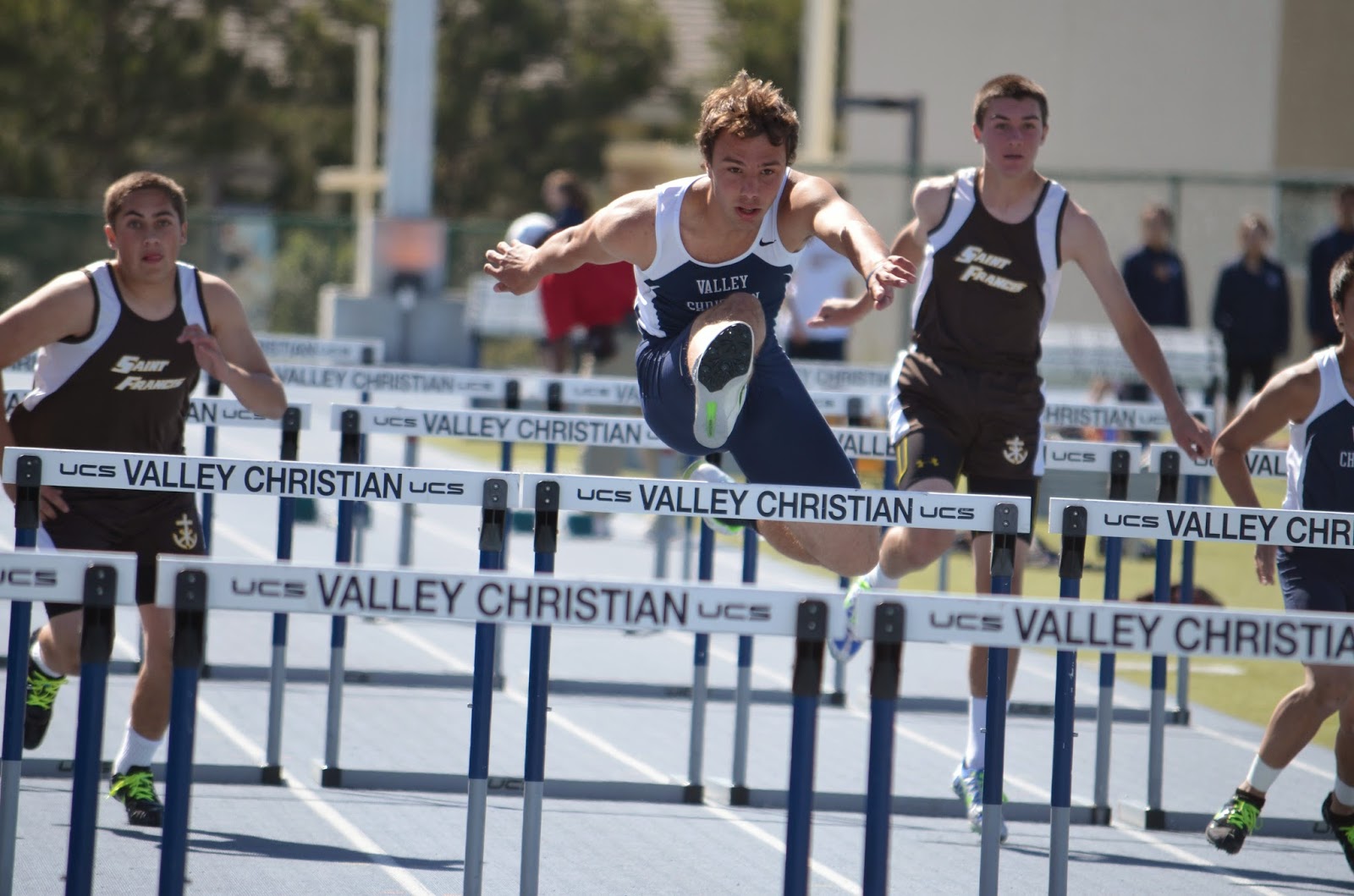 The Valley Christian Boys Track & Field Team returns a young squad that last year saw the majority of the roster composed of freshman and sophomores.  With a valuable year of experience behind them the team moves forward and continues to grow in numbers and in depth of performance.

Akil Jones returns as the top sprinter for the Warriors.  Jones seemed to do it all in 2013 from relays to the 100, 200 and 400 meter races.  He finished the season with a personal best 11.40 in the 100 meters and 23.06 in the 200 meters finishing the season amongst the best frosh-soph sprinters in the WCAL.  Jones also ran 53.79 in the 400 meters at the WCAL Championship, a top mark for a freshman.  Brandon Peters also returns as one of the top sprinters finishing the season with a mark of 11.91 as a sophomore respectably.  Both relay teams were also top in the WCAL: Christian Feist, Morian Walker also look to have impact as individuals and on the relays.  Returning in the hurdles is Ben Staub who last season set the school frosh-soph record in the 65 hurdles. 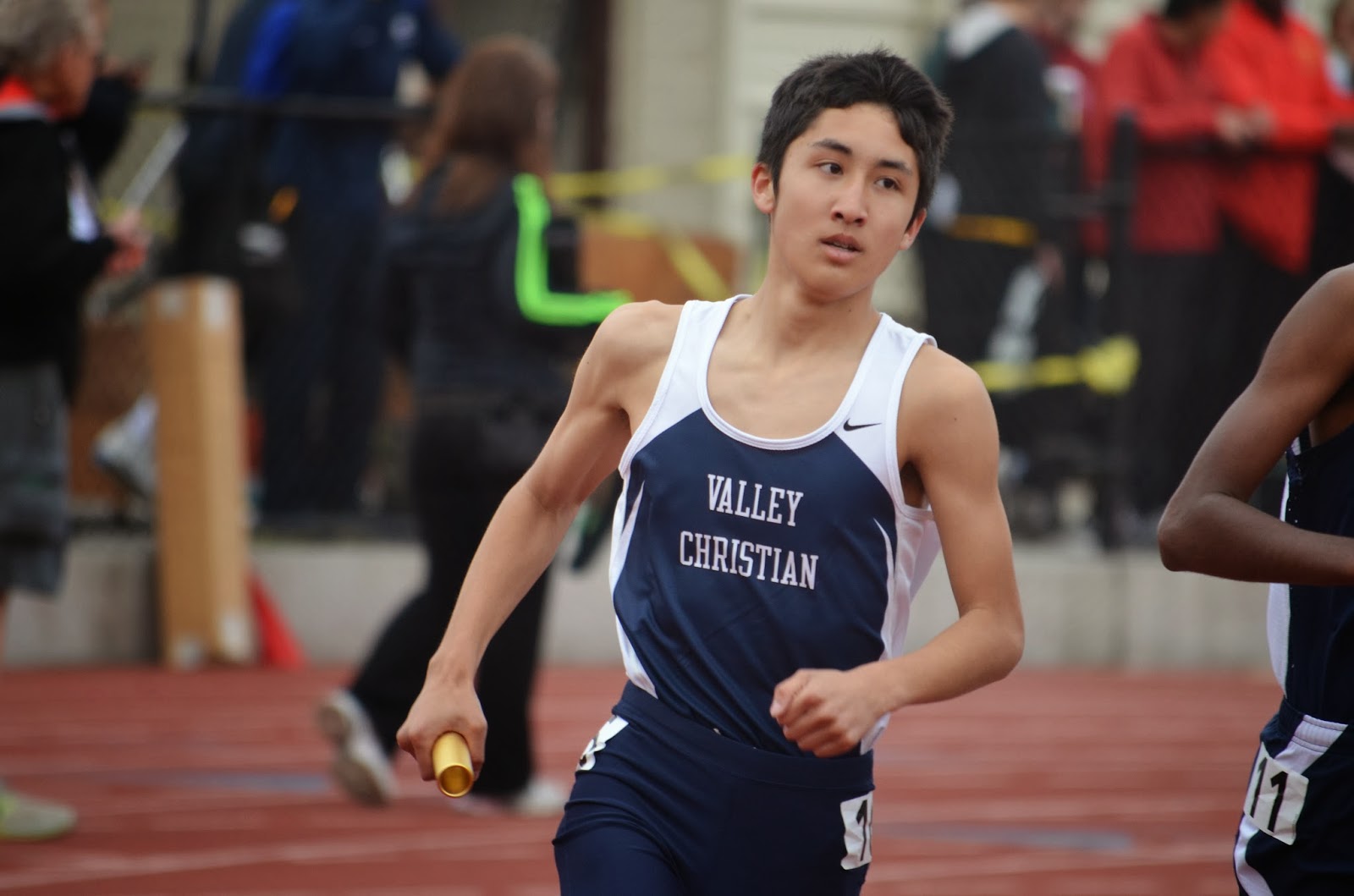 Jason Li was a top finisher in the 800 and 1600 meters last season at the frosh-soph level and looks to bring that impact to Varsity this season.  Li earned recognition finishing the season with marks on the team’s all-time list in both the 800 and 1600 meters in addition to being a key contributor in the 4 x 400 meter relay team.  Joining him in the middle distance ranks is Matt Lundy, also looking to have impact at the 800 and 4 x 400 relay.

Nathan Lynch leads a young and talented group of distance runners that include a large group of freshman and sophomores.  Lynch ran his first races at the end of last season after recovering from cancer.  Her went on this fall to lead the cross country team as one of the top runners and finish the California International Marathon in Boston Qualifying time.  With just three weeks of training Lynch ran 5:07 in the 1600 and 10:46 in the 3200 to complete his comeback following chemotherapy.  Joining him are freshman Nedu Ndili and Justin Baraona.  They were top runners for the freshman cross country team in the fall that finished the season second in the WCAL team standings.  Peter Enfantino, Dean DeMoss, and Samuel Han round out a team with perhaps the greatest depth ever for the Valley Christian boys.

The jumps also return their top jumper from last season and add a slew of young talent.  Kelly Lee and HyunWoo Park lead the way in both the long jump and the triple.  Jonathon Sum, Garrett Morris and Ralph Claar also have been impressive in the early going and will have strong performances at the freshman level. 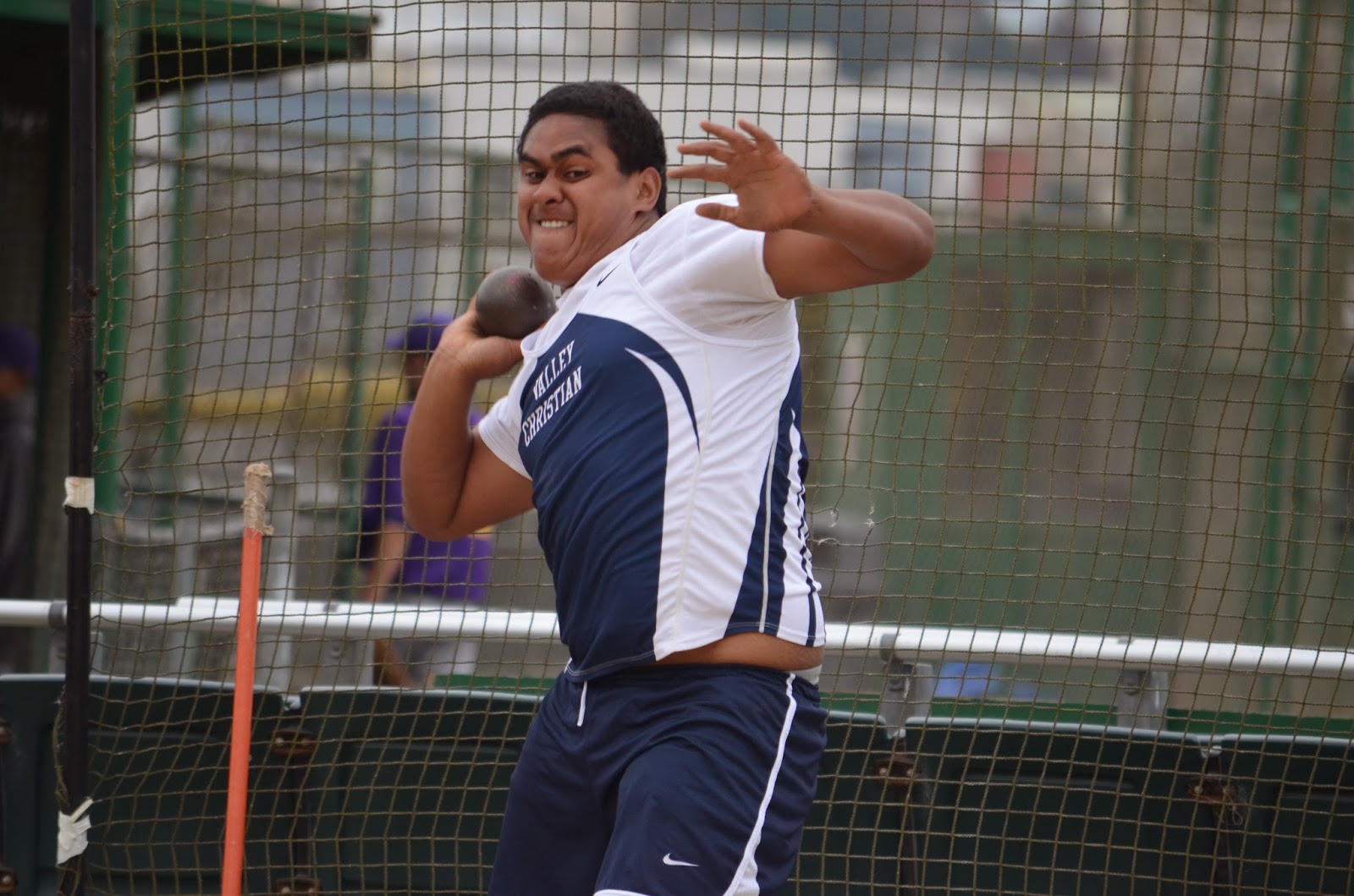 All of the top throwers also return from last season including David Maumalanga who finished the season top in both the shot put and the discus for the Warriors in 2013.  With a personal best 42-6 in his debut season Maumalanga looks to improve and challenge the 50 foot mark this season.  Fa’auli Gaoteote also broke the 40 foot mark and was part of the trio going over 100 feet in the discus last season that included Maumalanga and Samuel Acomb who hit a personal best 115 feet.
Posted by Warrior Nation at 2:54 PM