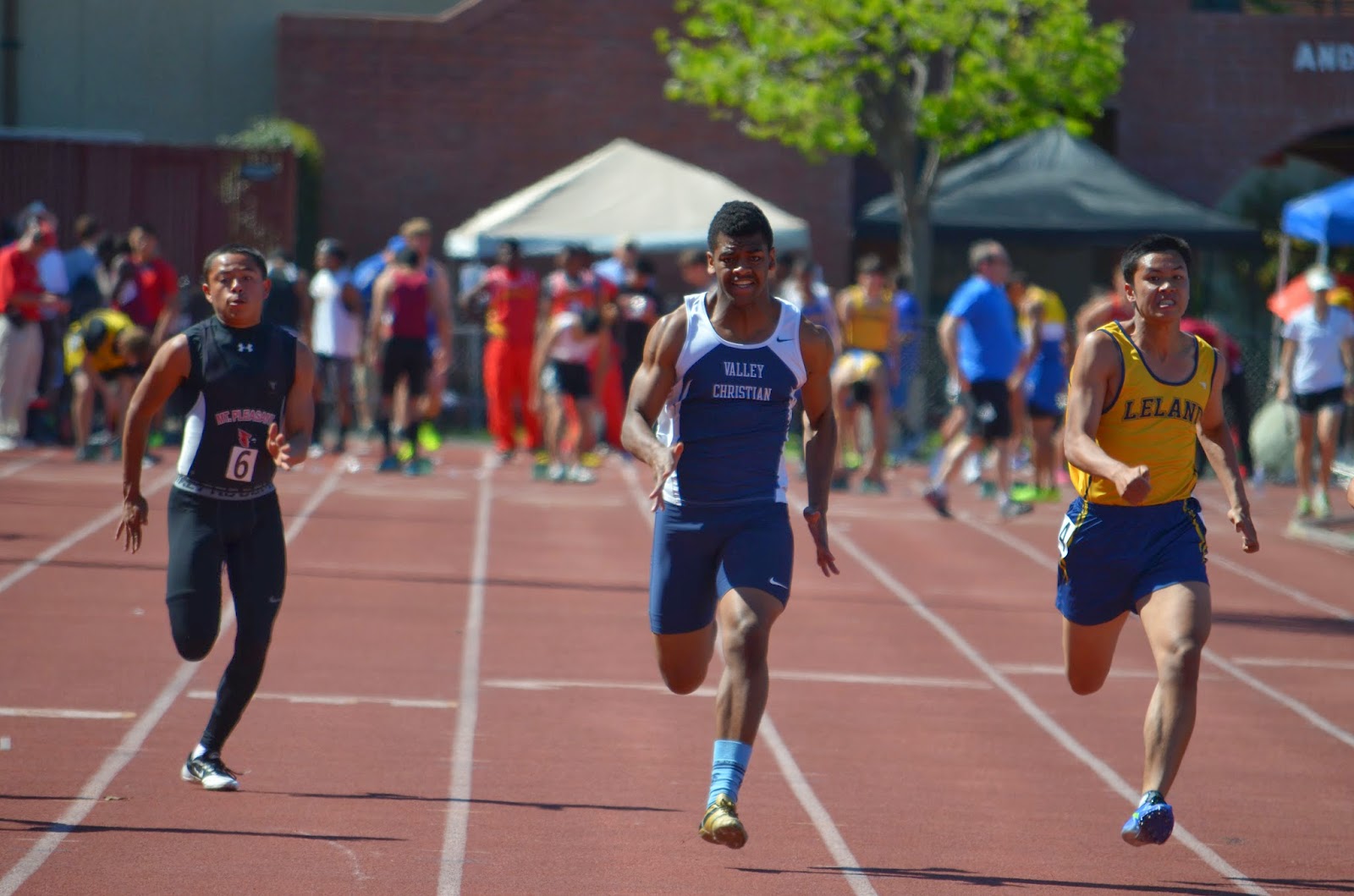 Mountain View, CA - It was a day of hits, near misses and debuts at the thirtieth annual St. Francis Invitational.  While many athletes were getting their first form of track competition in their individual events or relays the Warriors had many top performances that resulted in season best marks and top performances in the Central Coast Section.

For the boys it was once again in the throws that brought some of the best results on the day.  David Maumalanga set two personal bests in the shot put and discus.  His mark of 46' 9" moves him to fourth all-time for the Warriors and currently rankes 11th in CCS.  He also finished ninth in the discus in a personal best 128'0".  Akil Jones also had a stand out day in the sprints and is finding his form winning the frosh-soph 100 meters in a season best 11.53.

Strong performances also came from the girls side as well.  Taylor Johnson led the way setting a personal best in every event she competed in.  One of her biggest jumps came in the 100 meters where the sophomore took nearly three-tenths of a second off of her best time finishing in 13.02.  Personal bests also came in the triple jump 32' 6' and 16' 4" where she placed third in the varsity girls in the long jump.  Top performances also came from Lydia Sum who had a pair of fourth place finishes.  It was a personal best in the 100 meter hurdles in 16.23.  She also finished just shy of her season best with a mark in the triple jump with a mark of of 33' 9".

Posted by Warrior Nation at 2:52 PM