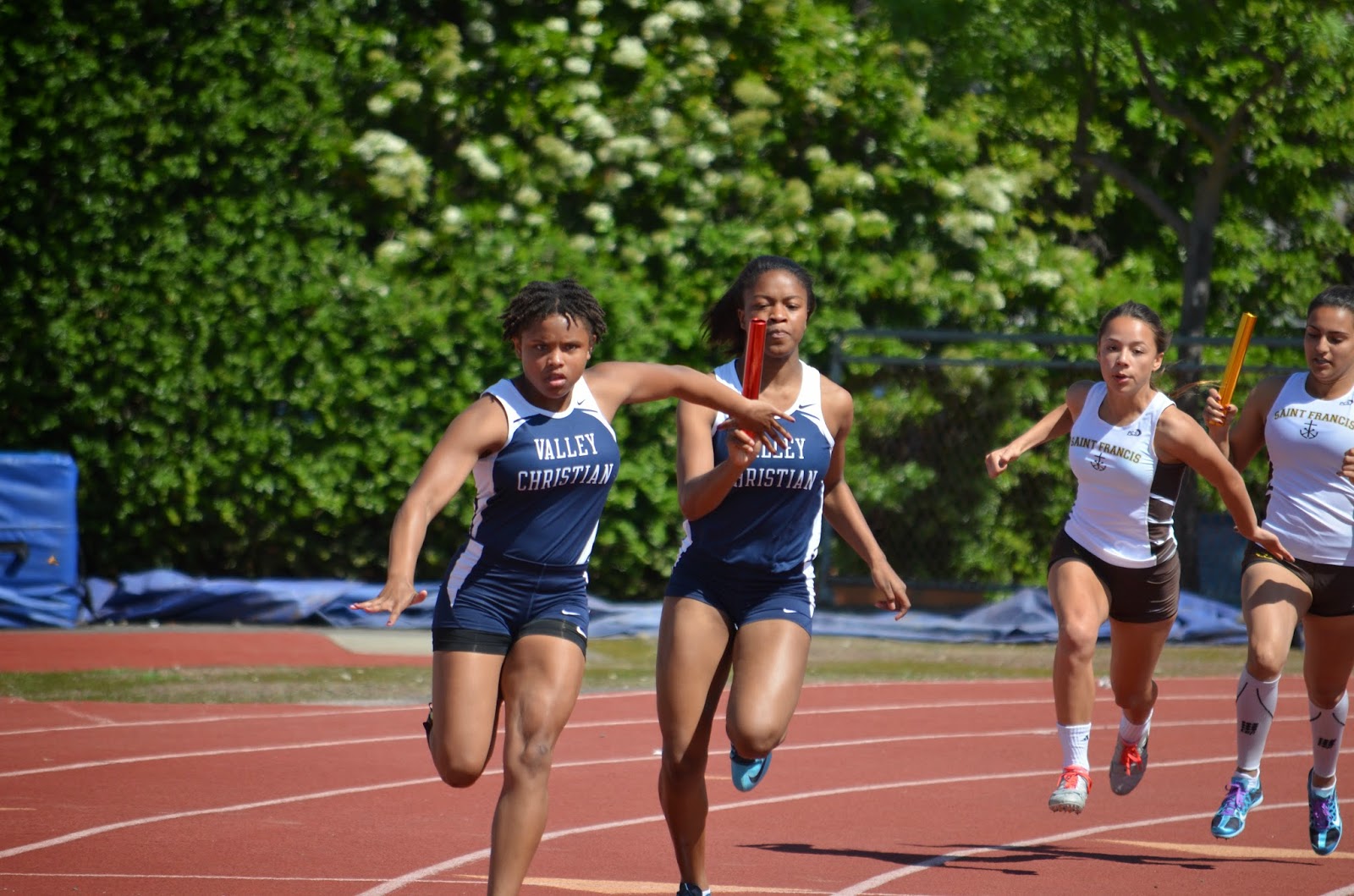 Mountain View, CA – One thing is for certain, the Valley Christian Warriors will give you a fight.  This year’s team has had a transformation: as numbers have grown so has the team’s depth.  Both boys and girls have top contenders to win any given event on any given day, making them perhaps the most competitive dual meet team in school history.  For the third time this season the winning team was determined in the final event of the day.  It was the Lady Warriors that found themselves locked in battle this time, up by 3 points through 15 events it was the one event Valley Christian doesn’t compete in that was the undoing, as a sweep in the pole vault pushed St. Francis to victory with a score of 65-71.  It was a close battle in the boys as well as they fell to a strong St. Francis team currently tied for first in the league standings, 53-82.

It was a great day for the Warriors as there were 61 season bests on the day.  But it was a spectacular day for the throwing duo of Elena Bruckner and Ronna Stone as it was a pair of personal bests and school records in the shot put and the discus.  Stone set the table in the first event of the day shattering Kiely Smith's 2006 mark of 115' 0" by four feet hitting 119' 0".  Her mark is currently the top discus throw in the CCS.  To follow up her school record Stone threw 39' 6.5" in the shot-put, just one-half inch off her personal best.  She is currently ranked second in the Shot Put behind teammate Elena Bruckner. 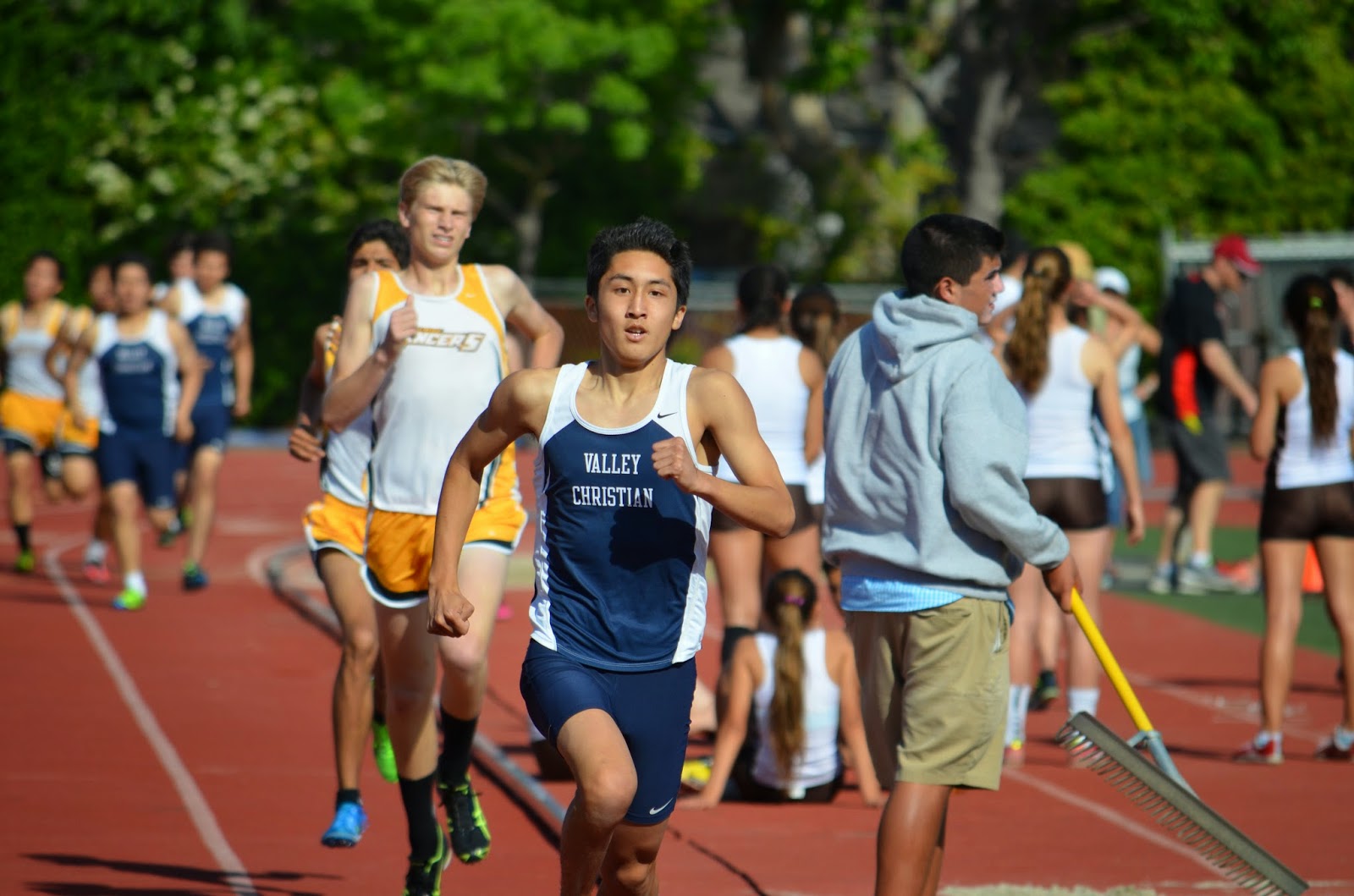 Bruckner also had a breakthrough, hers coming in the shot put hitting a huge personal best throw of 42' 0.75".  The sophomore bettered the previous school record of 40' 8" set by Kiely Smith in 2006.  Bruckner also set a personal best in the Discus with a throw of 102' 9" where she is currently ranked fourth in the WCAL.

WCAL action continues next Wednesday as the Warriors travel to San Francisco to take on first place St. Ignatius.