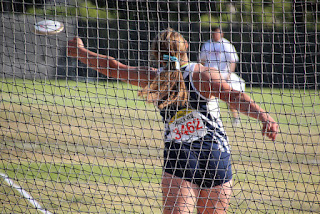 Arcadia, CA - The Arcadia Invitational is dubbed one of the elite athletic competitions in America for good reason: by the event's close there were twenty-one national leading marks on the day. In a meet of this magnitude it is rare to see a 1-2 finish in the elite invitational division from the same team, let alone an athlete win two events. By the day's end the Warriors had both.

Last year Ronna Stone and Elena Bruckner did not even qualify to compete in the discus, this year they entered as some of the favorites. Both have blossomed in the event that they are still learning.

Stone immediately raised the stakes with an opening throw in the discus that sailed well over the 140 foot marker but just outside the sector. The tone was set: she was here to compete.  The next one was down the middle and 153 feet, 8 inches away. That throw bettered her pervious lifetime best by nearly ten feet and took the lead into the finals. Starting the fourth round Bruckner responded with a big throw of her own, this one just two inches ahead of her teammate at 153-10. Remarkably within four throws Bruckner and Stone moved to #2 and #3 in California and were sitting 1-2 with just two throws remaining.

Teammates push each other to be better and that is no different today. It is clear that this is a title fight separated by literally inches. Round five and Stone let one sail, by far her best of the day landing near the 160 mark but just outside of the right sector. The throws would stand through the final round ending in an emotional 1-2 finish for Stone and Bruckner. 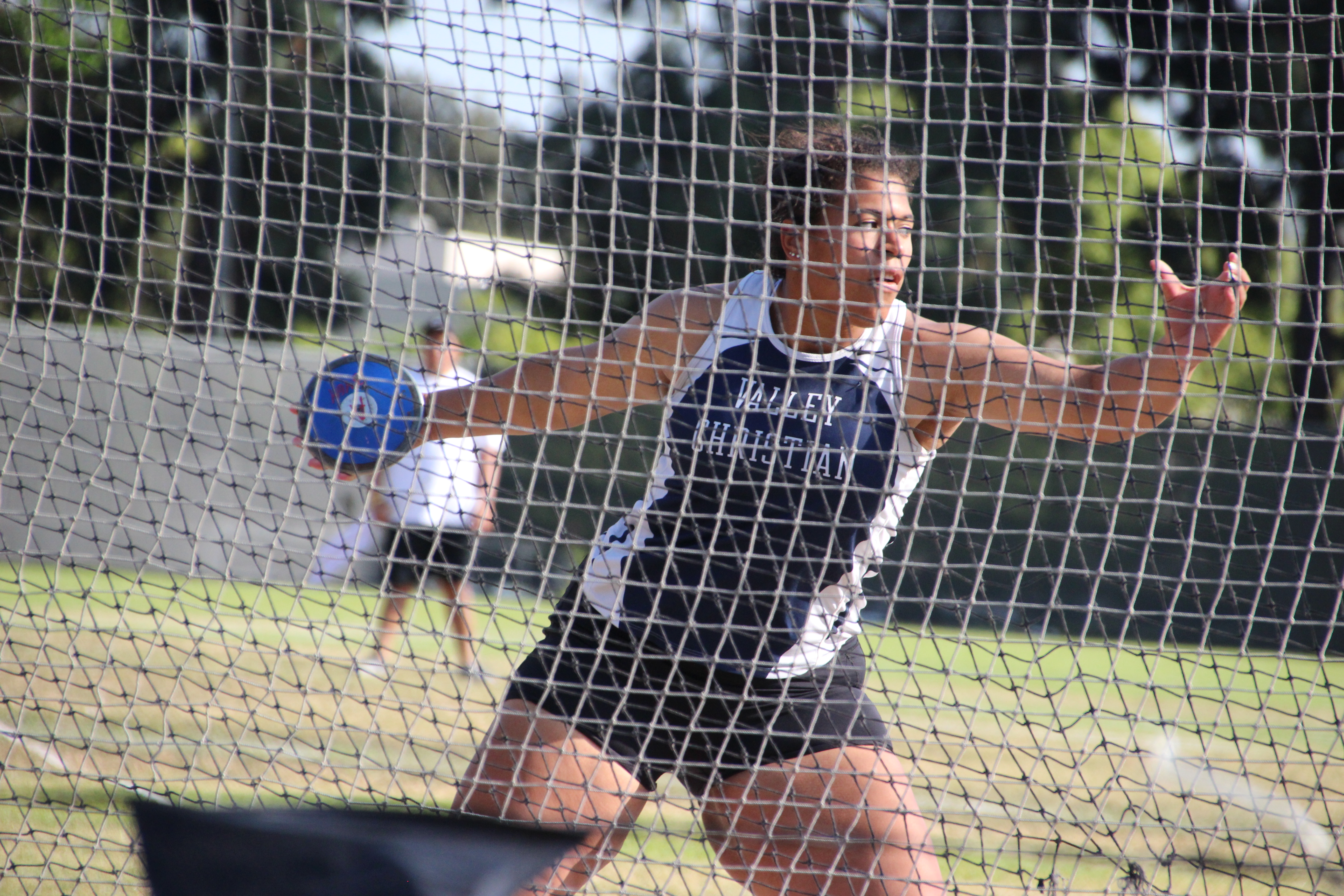 Riding the emotional high and excitement it was time to enjoy the moment but also turn their attention to the Shot Put. A short 30 min turn around there wasn't much down time. Bruckner entered the meet ranked #1 in the U.S., Stone ranked #6 in the State. Bruckner opened round one with a 48 foot statement that you would expect from the favorite. The biggest throw of the evening came in the fifth round in which Bruckner launched one hitting the 50 foot line, but also knicked the sector line as well. Her first throw stood as she won her second title of the day. Stone also had a strong performance finishing eleventh with a mark of 42-1, respectably.

Four Warriors qualified to compete in the Arcadia Invitational. In addition to Bruckner and Stone, Lydia Sum competed in the 100 meter hurdles and Ronika Stone in the High Jump. Sum is the defending WCAL Champion and returned to Arcadia determined to have her senior year be the best. She did not leave disappointed finishing a medalist running 15.48 seconds for third place. Stone also had a solid showing. The junior is just finishing her first month of Track & Field. It has been quite the explosion of performances this season, Stone is currently ranked #1 in WCAL and broke the school record jumping 5' 5" the week prior. Here at Arcadia she cleared 5'3 finishing sixth in the Friday night meet.