Season Kicks off With a "Bash" 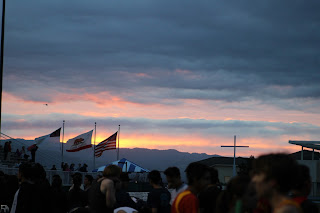 San Jose, CA- The Track & Field season is officially underway as the Warriors kicked off their season hosting Willow Glen, Andrew Hill, and Presentation at the Backyard Bash in Warrior Stadium.

In what was supposed to be a low-key "rust-buster" but things quickly heated up as the Varsity Boys, a team of two juniors and two sophomores, scorched the eighth fastest time in school history running in the 4 x 100 meter relay. The baton traveled around the track in 44.21, an impressive pre-season showing.

The team of Nick Trofort, Charlie Bostic III, Matt Weeks and Trent Laubach set the tone for the rest of the afternoon as the momentum carried throughout multiple events for the Warriors. Varsity Girls broke the school record in the Sprint Medley Relay, bettering last year's mark by more than a second.

The good vibes carried over to the field events as well as Dylan McCreery, Athyia Iese and Daniel Machado all won their respective divisions in the shot put. McCreery's toss of 45'2" is #8 all-time for the Warriors, an impressive debut for the junior. 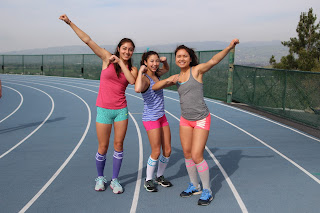 While there were many impressive marks it was also a day for many to experience their first ever track meet. Of the 120 athletes on the Track & Field team more than half are in their first season for the Warriors.

"It was great to get some local neighborhood south bay schools together, turn on some music and run relays we don't normally see," Coach Small said. "The team really got after it today and it was good to see so many smiles at the end of the day."