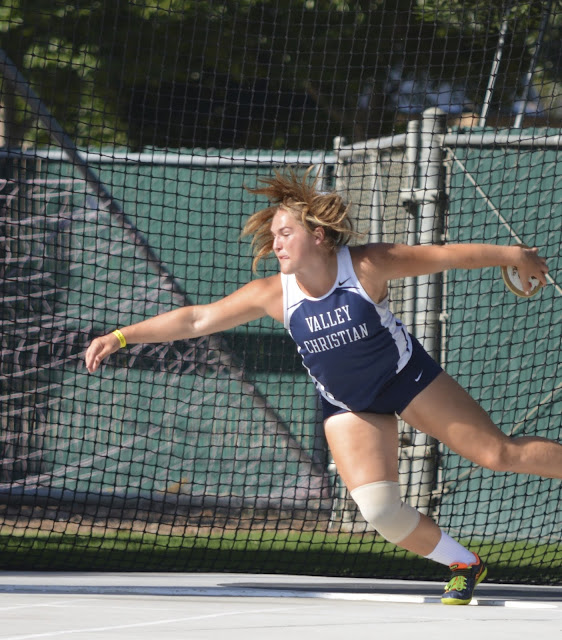 A 4 pm start for the girls discus meant competing in an uncomfortable 102 degrees. As temperatures peaked into triple digits Elena Bruckner once again showed her pose and consistency hitting a first round throw of 165-6. She moves on to the State Finals as the top seed. 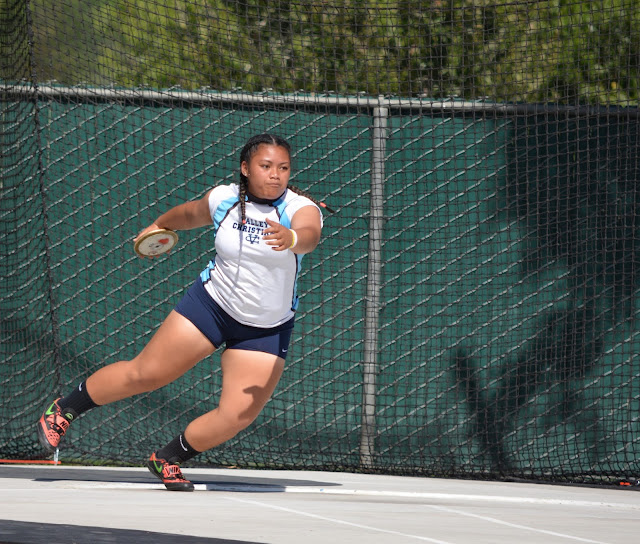 The emotions of competing in your first state meet can easily get away from you. Athiya Iese unfortunately fouled three consecutive times, but all was not lost. She would come back in the shot put later in the afternoon to finish 16th. 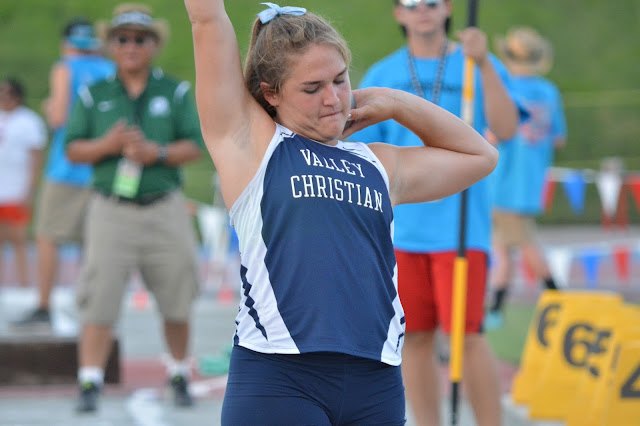 Elena Bruckner moves on to the final in the girls shot put with a trials mark of 51-9.5. The southpaw glider was the only thrower to crack 50 feet. 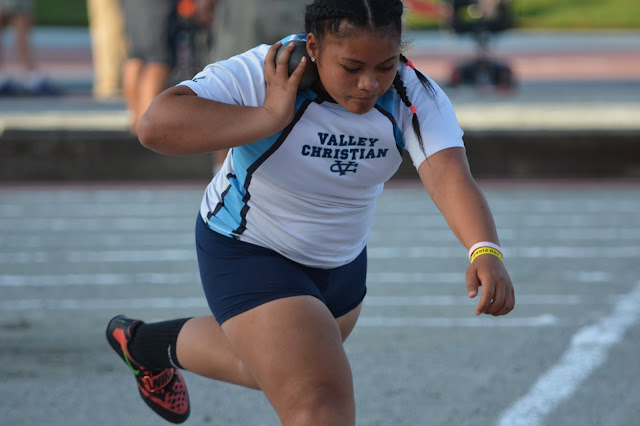 Athiya Iese finished 16th in the girls shot put with a mark of 39-1. 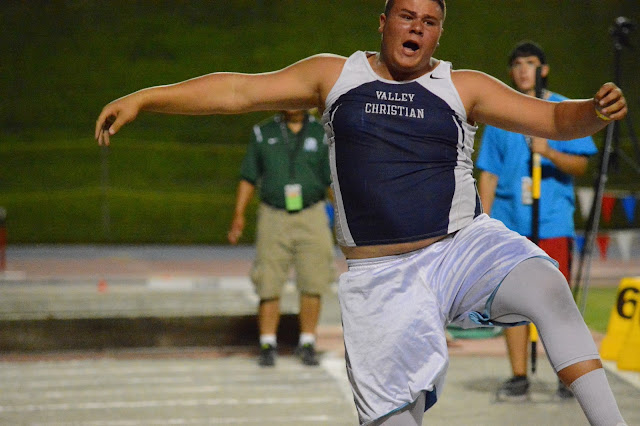 Dylan McCreery finished 17th in the State with a throw of 49-4.

Posted by Warrior Nation at 2:02 AM