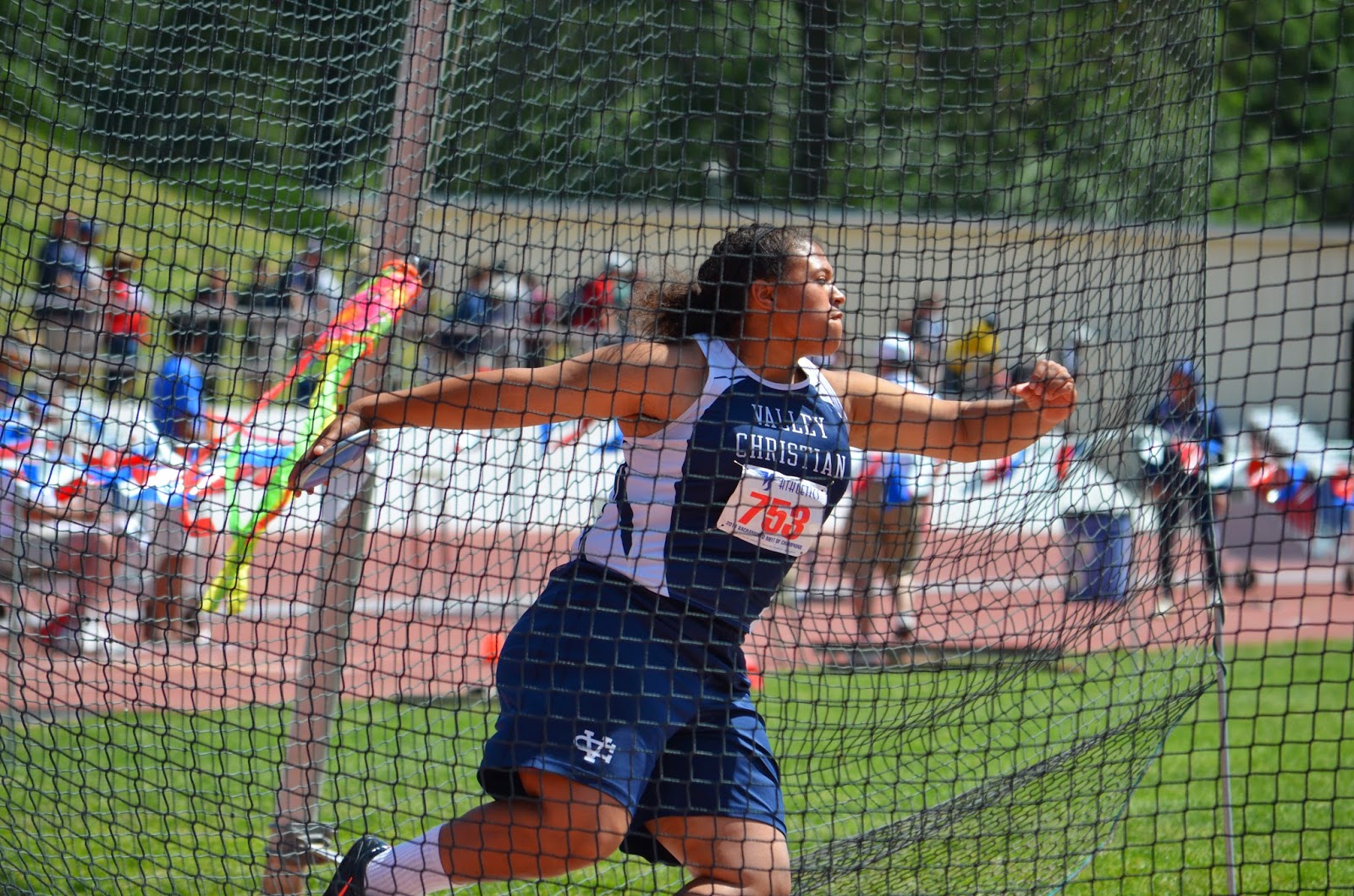 Sacramento, CA – It was mixed results for the Warriors at the Sacramento Meet of Champions Saturday.  Strong gusty head-winds down the finishing stretch made for some strategic distance races and tough going in the sprints.

Top results on the day came from the throws as Ronna Stone let one fly in the discus hitting 130-6, surpassing her school record and personal best throw by more than 11 feet!  Her mark broke the 12 year old meet record by six inches.  She also came back to finish fourth in the shot put, equaling her personal best of 41-5 making it a two medal day.  Teammate Elena Bruckner won the shot put with a throw of 43-10.

Jessica Xu got a taste of running in a strategic mile often associated with top championship meets.  With the wind howling and no one wanting to be the rabbit, the pack slogged through the first lap in 83 seconds with all 20+ runners in tow.  The next two laps weren’t any better. Trapped in the middle of the pack the race got physical with runners tripping over each other. All 20 runners stayed intact through 1200 following laps of 81 and 80.  Those in the front made a move with 400 to go and got a jump on the field making a strategic break right before the bell lap. Xu, boxed in on the rail never got going the last lap finishing in 5:31.

The 800 was a bit better with the speed of the first lap but it was just as technical and the wind just as brutal.  Ashley Lara was with the main pack through 400 meters as they crossed in 68-69 but also struggled with the wind.  Never feeling “into it” she managed to finish sixth in 2:23.

Akil Jones was the lone representative for the boys running in the 100 meters.  He finished in 11.61.