Maumalanga Breaks through on Day 1 of WCAL 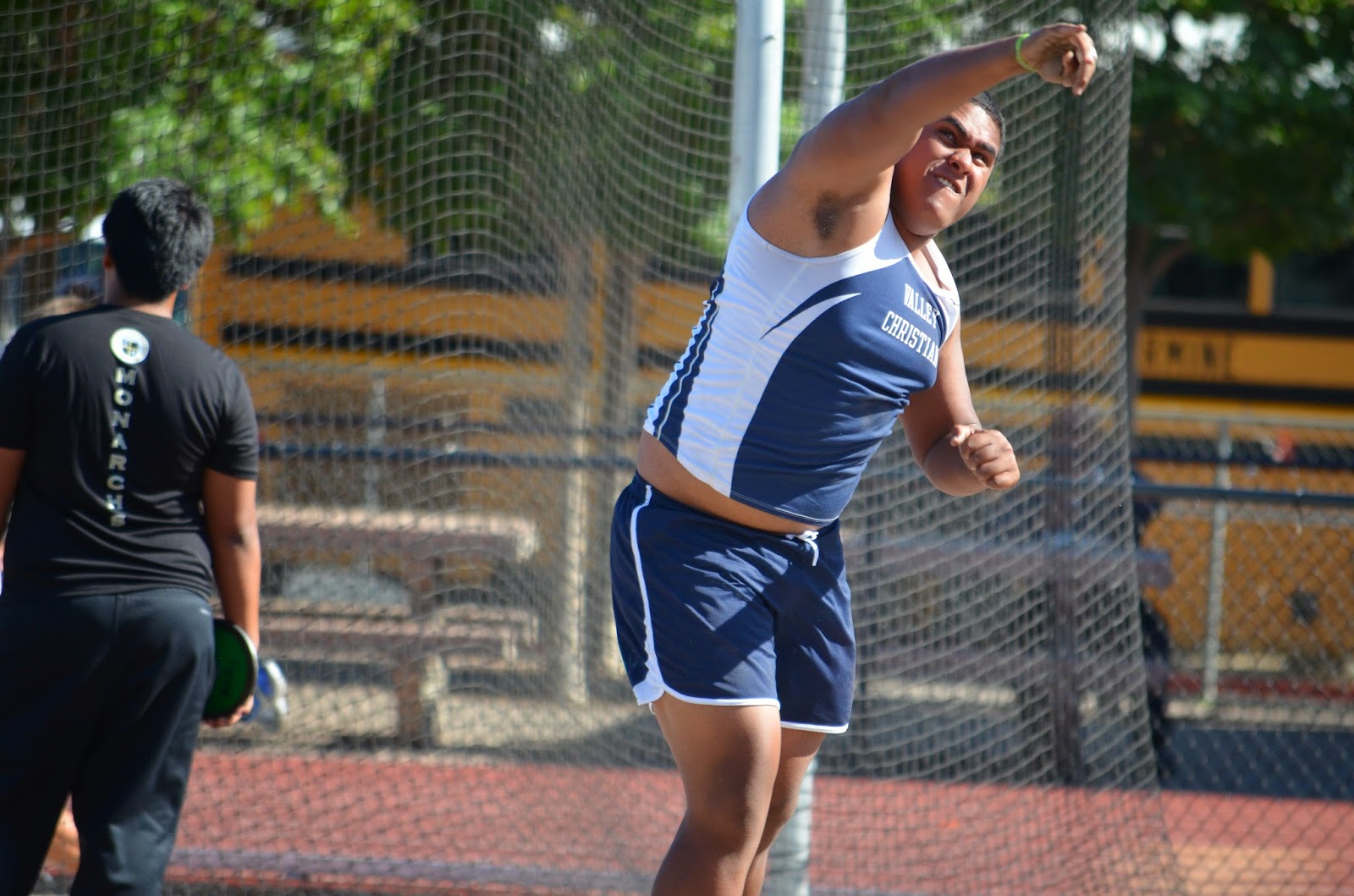 Mountain View, CA - Day one of the WCAL Championships kicked off with the Boys Trials, as temperatures soared so did performances as seven Warriors punched their ticket to the WCAL Finals.  One of the biggest performances of the day came from David Maumalanga who launched the shot past the 50 foot mark for a personal best throw of 50 feet, 5 inches.  That moves him to #2 all-time for the Warriors and is the second seed heading into the WCAL Finals on Friday.  Joining him in the throws is Fa'auli Gaoteote, who qualified in the shot put and discus and Charles Nijmeh who qualified in both the shot put and discus in the frosh-soph division.

Akil Jones moves on in the 100 and 200 meters.  His time of 11.20 is his second fastest this season while his 200 meter time of 22.93 matches his personal best set at the CCS Top 8 Invitational.  Ben Staub and Tommy Arechiga advance in the hurdles, along with Mathew Weeks in the 300 meter hurdles in the frosh-soph division.

It was also finals for the Frosh-Soph 1600 meters and High Jump.  The first half of the 1600 meters went out strategically passing 800 in 2:30 with the entire field in tow.  Valley Christian’s Nedu Ndili moved to the front taking charge of the race at the 1300 meter mark stretching out the pack with a 67 lap.  The sprint was on the final lap, Ndili has been suffering from a tight IT band could not match the sprint down the home straight but held on to finish 6th in 4:47. 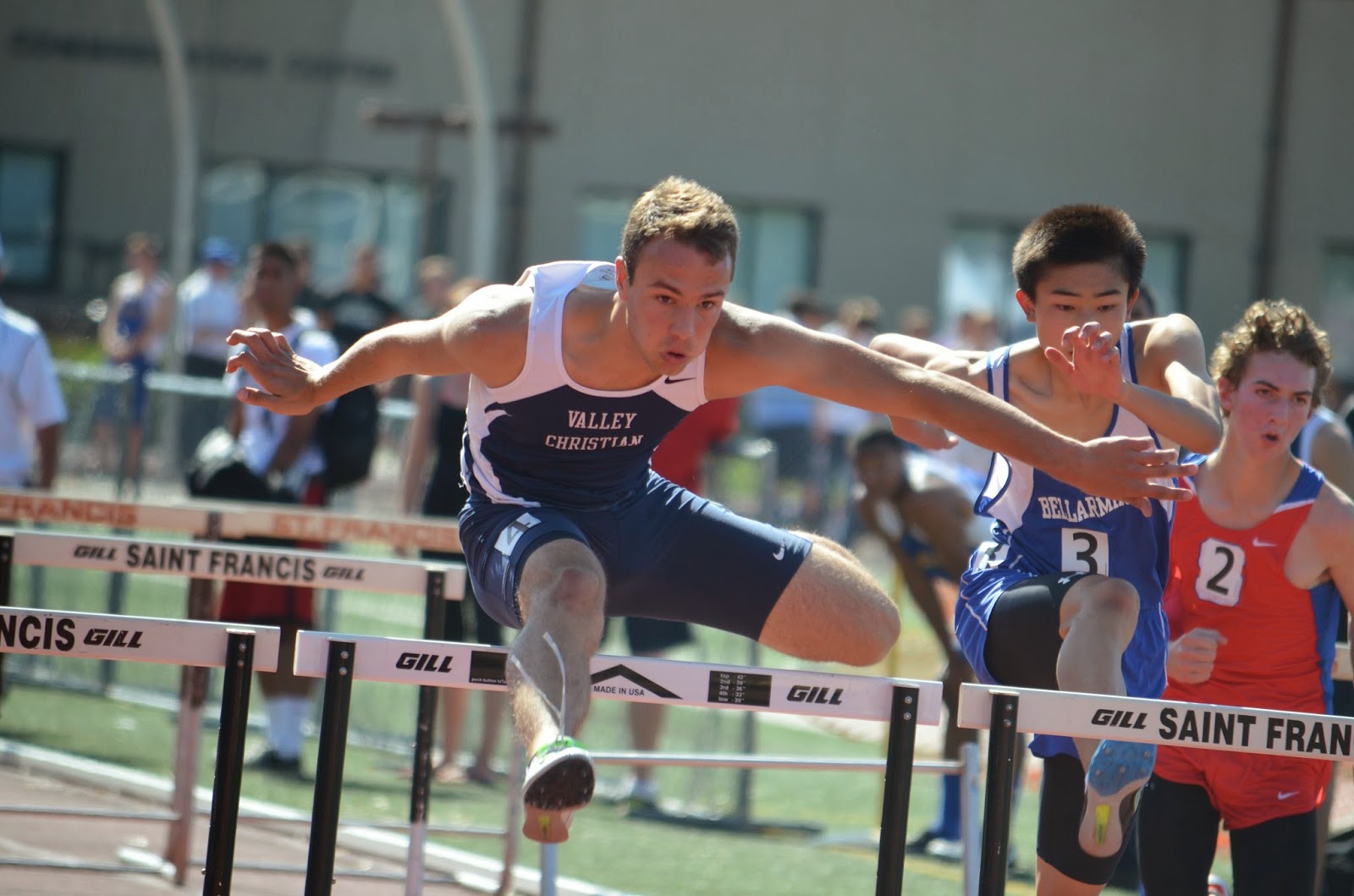 Mathew Weeks had a busy day competing in four events, some simultaneously.  It was in the high jump, a final for the Frosh-Soph division, that Weeks came through scoring 5 points for the Warriors.  Weeks was splitting his time between the triple jump where he qualified for the final finishing with a personal best 39’ 3.5”  It was then off to the 300 hurdles where the freshman qualified for the finals with a personal best 44.91 before finishing up with the long jump in 17’ 3.5”.

It was a solid day for many others as well, including Trenton Rhoads who finished 10th in the 400 meters with a personal best 54.55, he will run in the finals on the 4x400 meter relay.