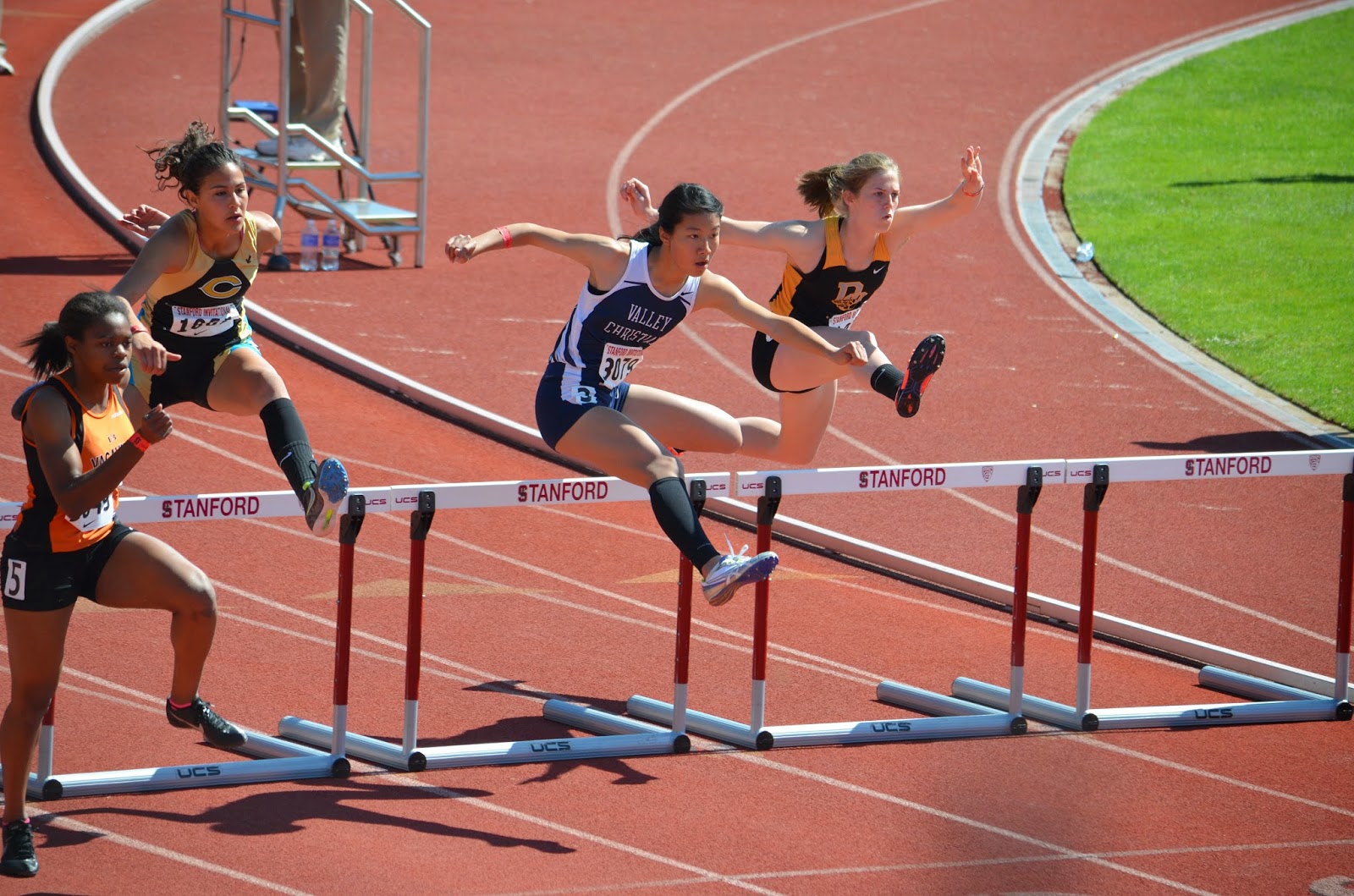 Stanford, CA - In a meet that features some of the best competition in Northern California the Warriors were well represented at the 2014 Stanford Invitational.  A two day meet that features high school, college and professional competition, day one kicked off with a solid showing in the girls distance medley.  A unique relay that has four runners cover different distances (1, 2, 3, or 4 laps), the team of Ashley Lara, Melissa Reese, Kailey Eddy and Jessica Xu ran the fifth fastest time in school history finishing in 13:09.42.

It was a personal best on her first attempt of the day for Taylor Johnson, who for the second week in a row found herself jumping in the rain.  The week prior her second place finish in the Avis Kelley Invitational in Gilroy was was pushed the Warriors to the team title by just one point.  Standing on the runway was perhaps a bit of a flashback but it seemed to have little effect as Johnson hit a mark of 16' 7.25", currently the leading mark in the WCAL.

In the 100 meters Shelby Smallwood ran just shy of her season best finishing in 12.61.  "I felt good about my race, I just feel that my time isn't a good reflection of how it went."  Smallwood has a season best of 12.50 and is currently the top ranked 100 meter runner in the WCAL.

Lydia Sum had a busy day.  With just enough time to get her first attempt in at the triple jump before checking checked out for the hurdles she seemed hardly phased by the chaos.  She hit a season best 34-0.25 in her first attempt in the triple and followed that with qualifying for the 100 meter final in 15.49 where she finished eighth.

Posted by Warrior Nation at 8:21 AM