Photojournalistic Journey from the Arcadia Invitational 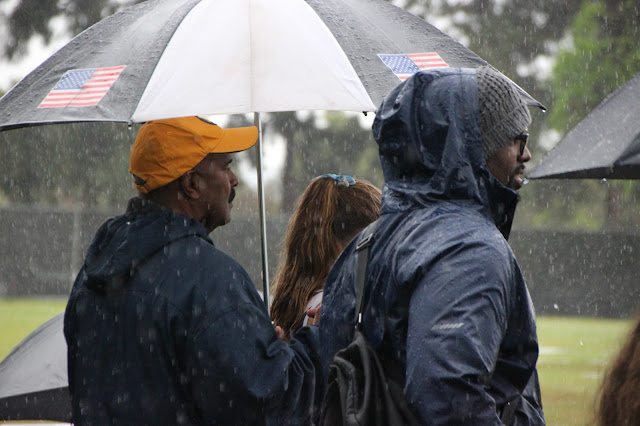 And the rain came down. For the first time in twelve years it rained at the Arcadia Invitational leaving a muddy and flooded discus ring. Bruckner showed her grit and pose winning the event for the second consecutive year. 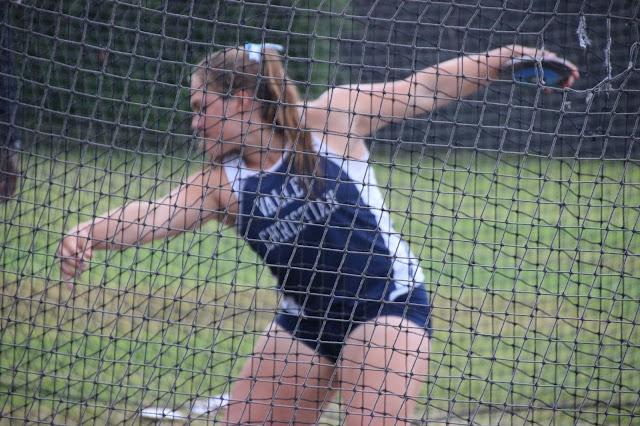 Elena Bruckner won the invitational discus with a throw of 166-3 outdistancing her competition by more than 16 feet. Bruckner is currently ranked #1 in the nation with a season best 181-1. 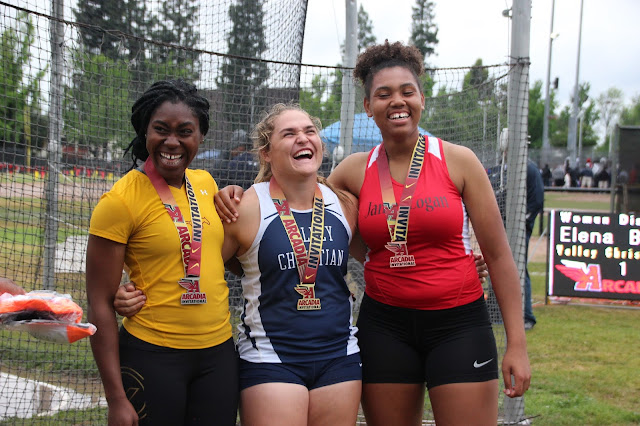 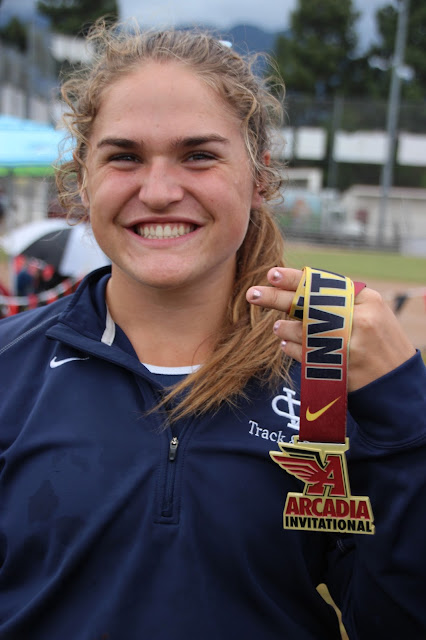 Bruckner has won 5 gold medals in her three years competing at the Arcadia Invitational. She actually won two medals as a sophomore. After winning the day meet she competed in the Invitational night meet finishing in the medals there as well. 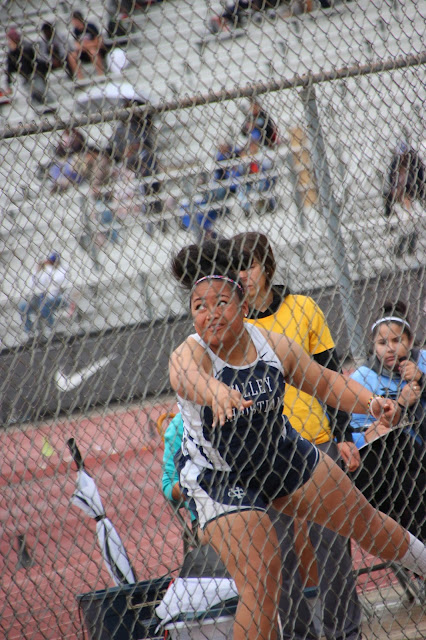 Sophomore Athiya Iese competed in her first Arcadia Invitational finishing seventh in the Day Meet. Her mark of 38-11.5 was just off her personal best of 40-5 hit just days prior. The experience was invaluable and included a 42+ foot throw that was a foul hinting at the great things to come.
Posted by Warrior Nation at 10:43 PM