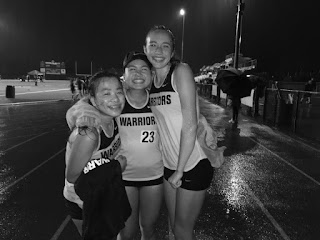 Pleasanton, CA - It was one of those races you question why Coach would make you do this. One of those nights that coaches, standing in the pouring rain,  contemplate themselves what they are doing. As the rain pelted runners and 25+ mph winds howled down the back stretch it was no doubt one of those gut-check races that you never forget.

Distance runners are a tough and surprisingly stubborn bunch, evidenced by hardly any scratches in an event that saw over 1200 distance runners compete in 48 heats of the 800, 1600 & 3200 meters.  It was tough going for all running swimming around the oval, none more than in the 3200 meters. Despite the brutal conditions there were still impressive results and even some personal bests!

The night kicked off with the 800 meters and saw first year runner Jennifer Kepler debut with a strong 3:18. Camille Reed has battled injury for the past year and took a huge step toward a comeback running 2:46 wining her heat. Kailey Eddy took out the pace and held strong enduring some of the tougher wind and rain of the 800 heats. The senior finished in 2:49.

The boys 800 saw many impressive performances of their own. Ryan Morton in his second race ever improved more than 5 seconds. Francisco Herrera ran a negative split of 66-64 running a personal best 2:10. Preston Nguyen was within one second of his personal best finishing in 2:19. Dean DeMoss got caught leading his race through 600 meters into the majority of the wind. After a quick start of 62 seconds the first lap took its toll. DeMoss held on to finish in 2:14.

The boys 3200 also saw a great debut from Freshman Jake DeMoss who overcame the wind and rain running much of the race alone, finished in 11:33. Sam Cuevas, Cameron Lockard and Peter Enfantino got the brunt of the storm (video above) but managed to survive, but not unscathed. "I am numb and in a running rain coma," Peter Enfantino said after the race.

Joe Renati was in the last race of the evening and after a quick first lap of 72 settled into pace clicking off 80 second laps. Renati had a solid debut running a personal best 10:34 for 3200 metes.

After the race it was fun to reflect but for many the pain was still real. "I still feel that (race) and I was done over 2 hours ago," Dean DeMoss said.

The Warriors will next compete at the K-Bell Invitational in Los Gatos. Rain again is in the forecast. 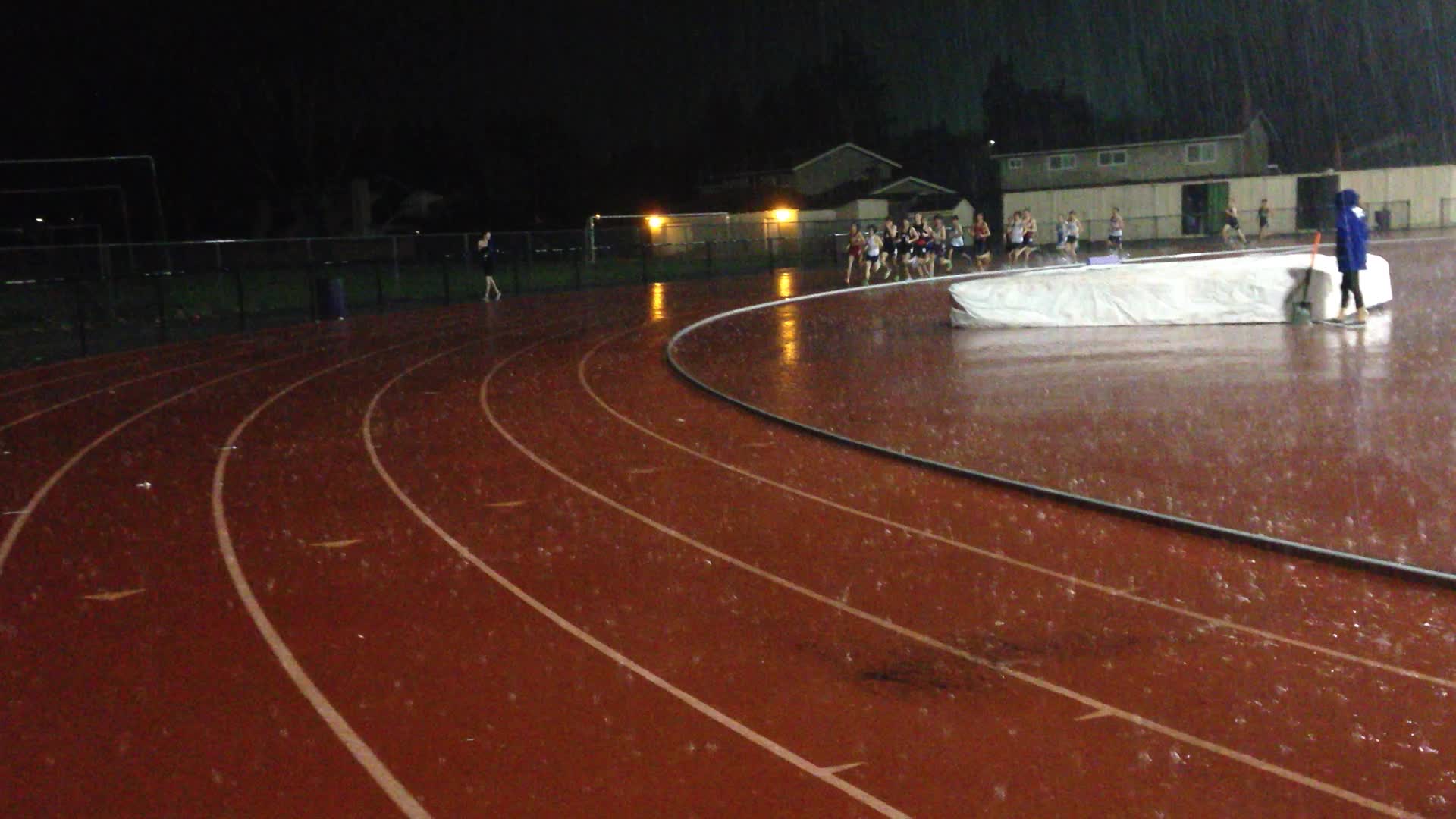