Walnut, CA - The Footlocker West regional is contested against 12 states: Alaska, Arizona, California, Hawaii, Idaho, Montana, Nevada, New Mexico, Oregon, Utah, Washington, and Wyoming. The race is contested over the traditional 2.93 mile Mt. Sac course and is lengthened to make the distance a true 5k, finishing the final 300 meters in the stadium on the track. The top 10 finishers from four regions qualify for the national championship in San Diego.

The Warriors Jennifer Bergman qualified for nationals in 2008 finishing 6th in the seeded race in 18:40. 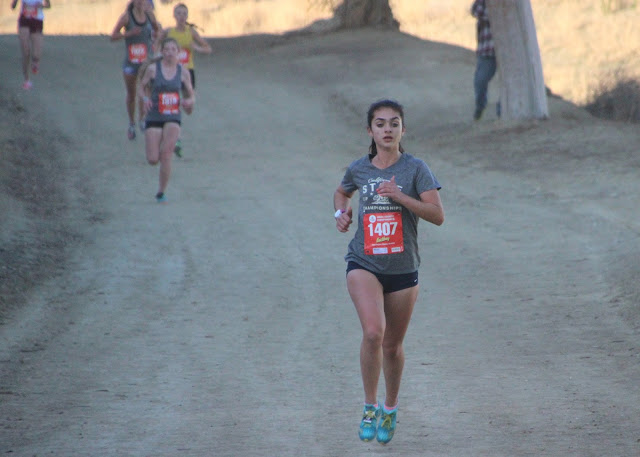 Jordan Hahn was a medalist in the freshman girls race finishing the challenging 5k Mt. Sac course in 21:41 for 39th place. Her time converts to #9 on the girls all-time list. 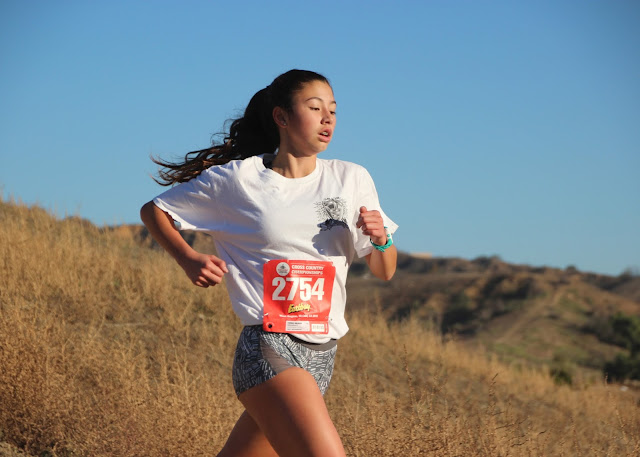 Mackenzie Thomas also finished in the medals finishing 42nd in the sophomore girls race in 21:13. Her time converts to 20:00 for the traditional 2.93 mile course run at the Mt. Sac Invitational, which is #8 on the team's all-time list. Notorious as one of the most challenging courses in the nation, Thomas who was running the Mt. Sac course for the first time noted: "I wasn't ready for that." 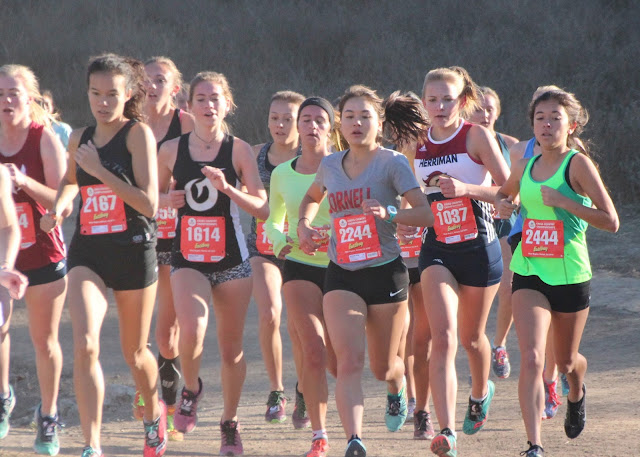 Sophia Patterson finished 58th in the junior girls race in 22:07. Patterson ran a personal best for 5k at the Silicon Valley Turkey Trot (19:26) a week earlier demonstrating just how tough the hills are on the Mt. Sac course can be. 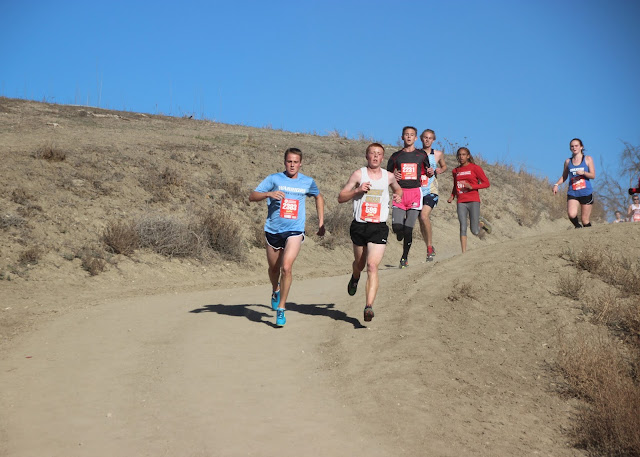 Joe Renati finished 46th in the junior boys race finishing the 5k course in 17:52. His time converts to 16:51, the fastest time run on the traditional Mt. Sac course in team history. 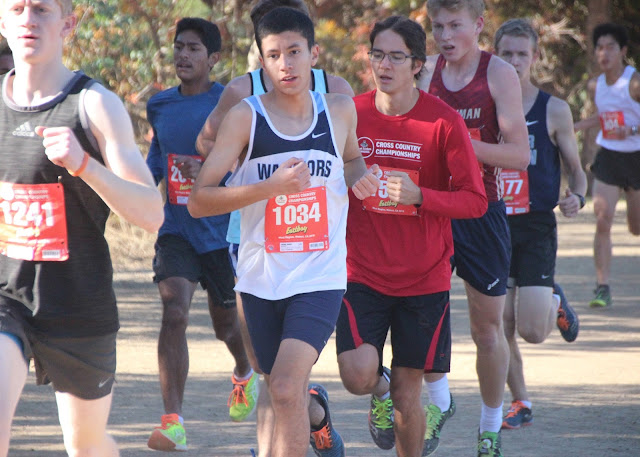 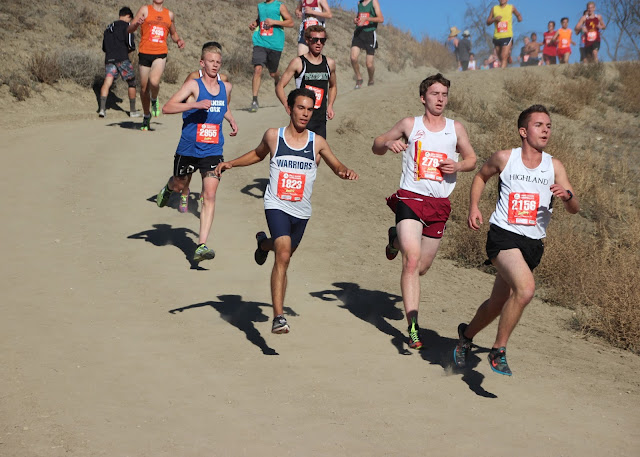 Cameron Lockard finished the senior boys race in a time of 18:58. His time converts to 17:53 for the traditional course, a 20+ second personal best that lands #8 on the team's all-time list. 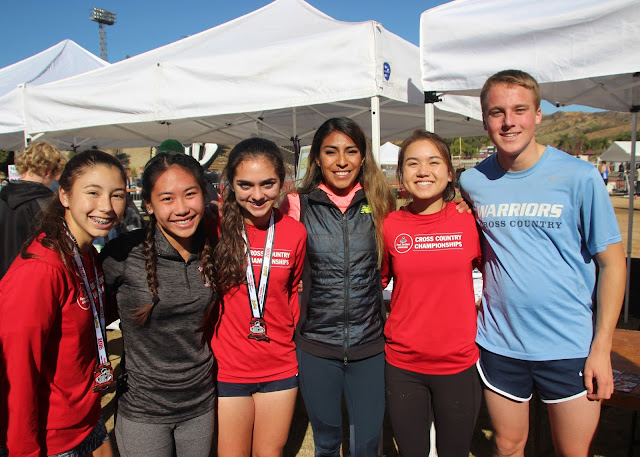 Posted by Warrior Nation at 4:19 PM