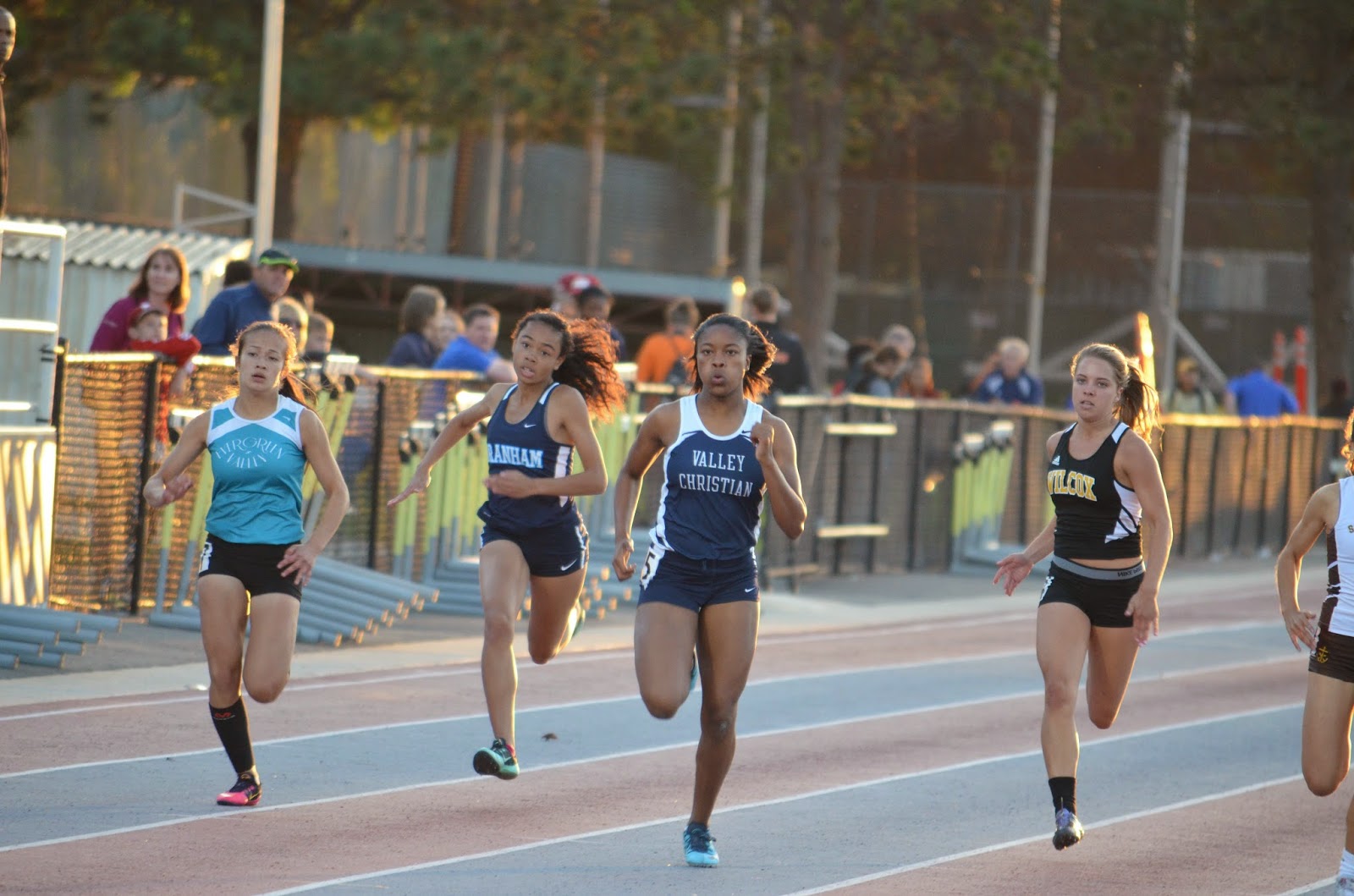 San Jose, CA – Good Friday was good to the Warriors.  It was an exciting day of track & field at the CCS Top 8 Invitational Friday that saw numerous personal bests, a national ranking and the girls team finish second in the team standings.

Leading the charge for the Lady Warriors were Elena Bruckner and Ronna Stone scoring a combined 30 of the 39 team points.  Stone kicked off the day with a win in the discus hitting 118-11.5, just ½ inch off her personal best.  Bruckner also hit a personal best 111-7 to finish fifth.  The duo came back later that evening in the shot put and finished 1-2 in the standings, both hitting huge personal bests.  It was the first throw for Bruckner that landed her the win, 46 feet and 1 inch away.  That mark ranked her top 10 in the nation and one of the top sophomore in the country.  Stone also had a huge breakthrough, cracking the 40 foot barrier to finish 41-5.  A personal best that ranks her #2 all-time for the Warriors.

Taylor Johnson had a huge day earning three personal bests, one for every event she was competed in on the day.  Her mark of 12.88 in the 100 meters and 26.42 in the 200 meters both earn recognition on the team’s all-time list.  Perhaps one of her best marks of the day came in the long jump where she hit 17-7 to put her on the podium in third place.  That mark is the second furthest jump in school history.