Salinas, CA – For the seventh time in the past nine years the Lady Warriors have advanced as a team to compete in the California State Championship. It took every bit of three miles for the team to clinch their second place finish. Locked in a dynamic battle with Prospect and Saratoga the three teams were separated by just 10 points. With Aptos running away with the top spot that left multiple teams fighting for two qualifying positions.

Heading into the CCS Championships the Valley Christian girls cross country team was holding together by a thread. Embattled and ailing every single runner toed the line with an excuse, but before the race there was not a whisper of any complaint. Whether in the midst recovering from a cold or banged up from the season they had one mission, run as fast as you can today.

The race begins with a long gradual climb that hardly feels like a hill but can zap you if the pace is too fast in the early going. The Warriors started strong and found their early position in the pack and looked strong through the 1200 meters, however seem to hit a lull in the strategic middle mile. Coming up the “Camel Humps” a series of three steep hills at the 1.5 to 2 mile mark the team found themselves sitting on the outside looking in and would need to rally.

By halfway the Warriors were all sitting in the chase pack. With no front runners to earn low points and help bring down the team score it would be teamwork and running as a pack that they would rely on. Through the 1.5 mile split the top five were separated by just 24 seconds, the team sitting in positions 21 through 34.

Just after the two mile mark one of the top five had to stop, unable to go on; the challenge was squarely on the remaining six runners. Entering the final stage of the race the Warriors found another gear and dug deep. Every single one of the girls moved past their rivals the final 600 meters picking up key points, swinging the score in favor of the Warriors. The final push landed them their third podium finish in the last four years. 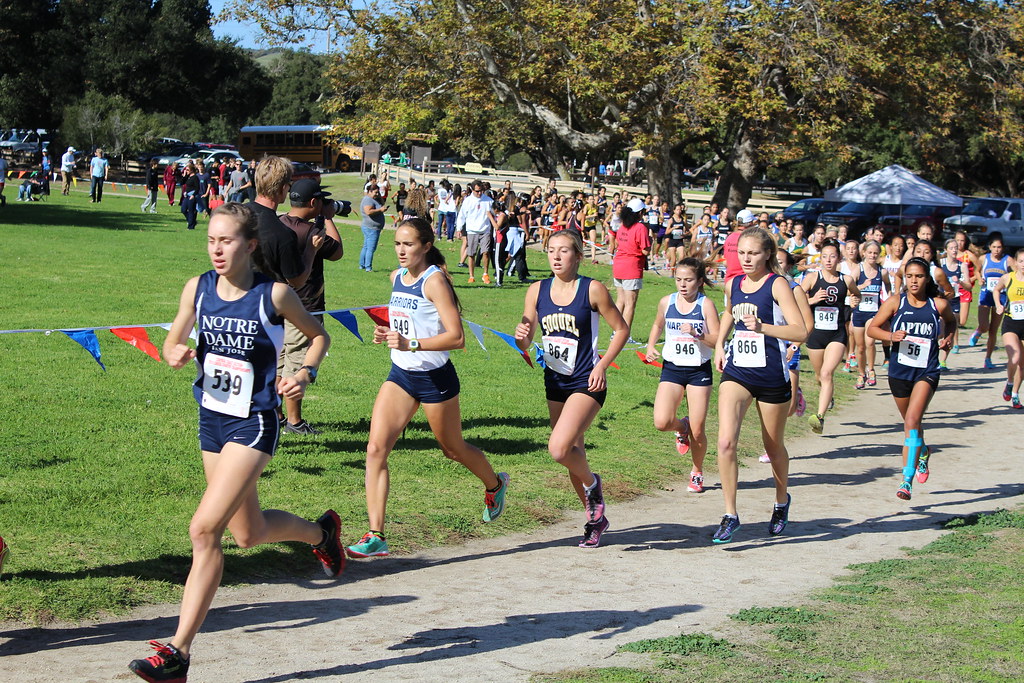 Nicole Favre, Camille Reed and Ashley Lara all came through together; Kiko Li just behind as the top four runners for the Warriors were separated by just 30 seconds. Vanessa Giacalone stepped up to the #5 spot to close out the team's scoring just 30 seconds later.

“It was an uphill battle for sure,” Vanessa Giacalone said following the race. “I knew the team was depending on me and that I had to give all that I had right there. I just had to fight, even though it was going to hurt.”

It was a close battle for not just a trophy but also a state spot; the third place team was just five points behind and fourth place just 10.

“Everyone had something going on, but they persevered and overcame,” Coach Small said. “Many were not feeling their best but their battle shows the heart and grit and character of our team."

Nedu Ndili had a terrific run on the day finishing the 3-mile course in 17:14, in eighteenth place. That time moves him to #4 all-time for the Warriors. Jeremy Dong finished 60th just off his personal best.

The Lady Warriors will compete in the CIF State Championship at Woodward Park in Fresno on November 21 at 10 am.

Posted by Warrior Nation at 1:27 PM