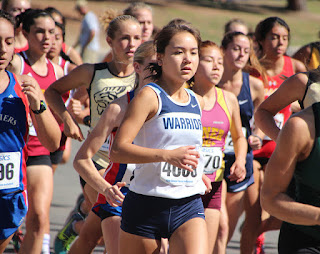 Clovis, CA - The Valley Christian Cross Country team competed in the Clovis Invitational at Woodward Park, Saturday. Facing over 4000 competitors from California and beyond, the race was as much a battle against the conditions as it was the competition. Temperatures soared into the 90s for the later afternoon races.

Races alternate start times for different divisions so teams get the full experience of running in Fresno every other year. Teams are seeded according by school enrollment, in which Valley Christian is placed in Division 3, or "medium" sized schools. Traditionally the team competes in the afternoon on even years and mornings in the odd number years. While temperatures were an ideal 60 degrees at 8 am they heat up later in the day.

Varsity Boys
Sam Cuevas once again led the way for the Warriors running the 5k course in 17:07, an impressive 16 second improvement over last season. Impressive when taking into consideration the warm racing conditions. His time moves him to #4 on the team's all-time list. Cameron Lockard hit a personal best as well, running 17:43, a two second improvement. Wesley Deffenbaugh made is debut on the state course in his first Clovis Invitational and had a strong showing finishing in 18:15. 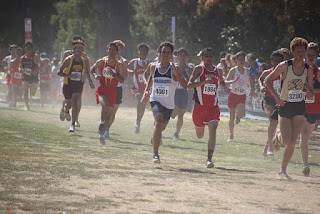 Nedu Ndili finished his first race returning from injury in 18:40 while Jonathan Pappas competed in his first varsity race to finish in 20:01.

Varsity Girls
It was a split squad for the Varsity Girls. As juniors and seniors competed in the varsity race, freshman and sophomores in the Frosh-Soph division.

Sophia Patterson was top finisher in the varsity division running a personal best 21:14, a 92 second improvement. Hannah Theaker also had a personal best improving 28 seconds over last season with a time of 21:50. Brianna Becerra (24:54), Camille Reed, who is finished her first race of the season in 25:05. Maggie Theaker (25:24) and Jen Kepler (26:47) rounded out the varsity team. 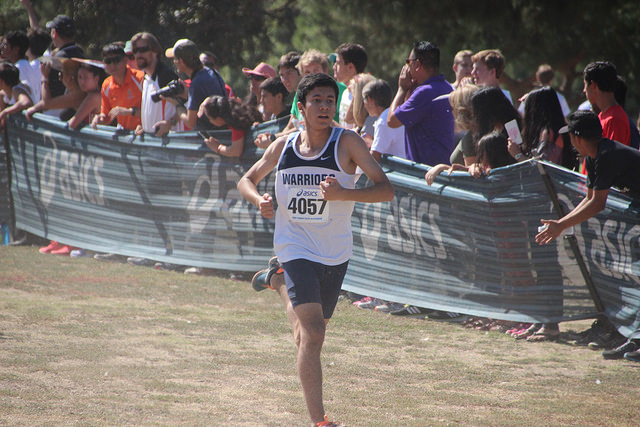 Posted by Warrior Nation at 1:33 PM