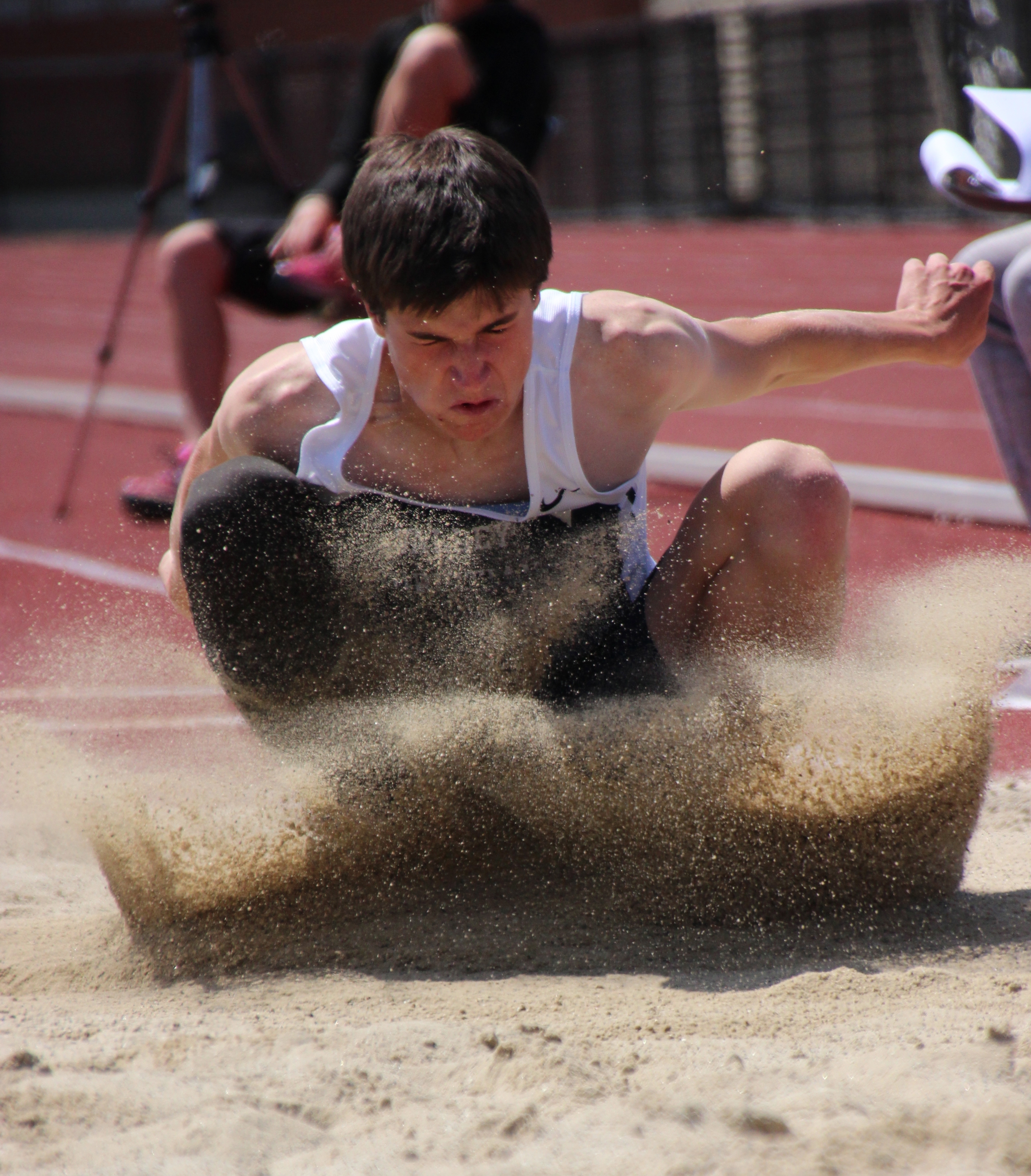 Mathew Weeks is the first WCAL Champion of 2015 winning the Frosh-Soph high jump. The sophomore was busy, competing in four events on the day.  He also advances in the triple jump as the #1 seed and in the long jump and 300 hurdles.

Also in the throws, Anna Maumalanga was the top mark on the day advancing as the top seed in the girls JV division for the shot put (30-11) and the #2 seed in the discus (84-10).  Max Moore advances after finishing second in the discus with a mark of 125-3. Dylan McCreery also moves on in the frosh-soph shot put.

Trent Lauback flinched at the start drawing a false start illuminating the top seed from the 100 meters. The first year sophomore bounced back in the 200 finishing as the #2 seed. He will joining Nick Trofort in the 200 final, who also qualified in the 100 meters as well. For the girls Adelyn Bui advances in the JV division in both the 100 and the 200 meters.

A slew of hurdlers are moving on: Lydia Sum ran 15.20 in her qualifying heat to advance to the final. Hannah Lee also moves on in the JV girls 100 hurdles. Jonathan Sum and Simon Lopez also advance in the 65 hurdles. A trio advances in the 300 hurdles, Mathew Weeks, Will Bain Bridge and Jonathan Sum all move on to the final.

Ashley Lara is the top seed in the 800 meters and advances with three other Warriors to the 800 final. Vanessa Zenere ran a personal best 2:30 to advance in the varsity division as Kiko Li and Sophia Paterson both move on in the JV girls division running 2:33. Nedu Ndili advanced int he frosh-soph boys winning his heat of the 800 meters.

The Warriors compete in the WCAL Finals on Friday, May 15 at Saint Francis. Field events start at 4 pm, running events at 5 pm.