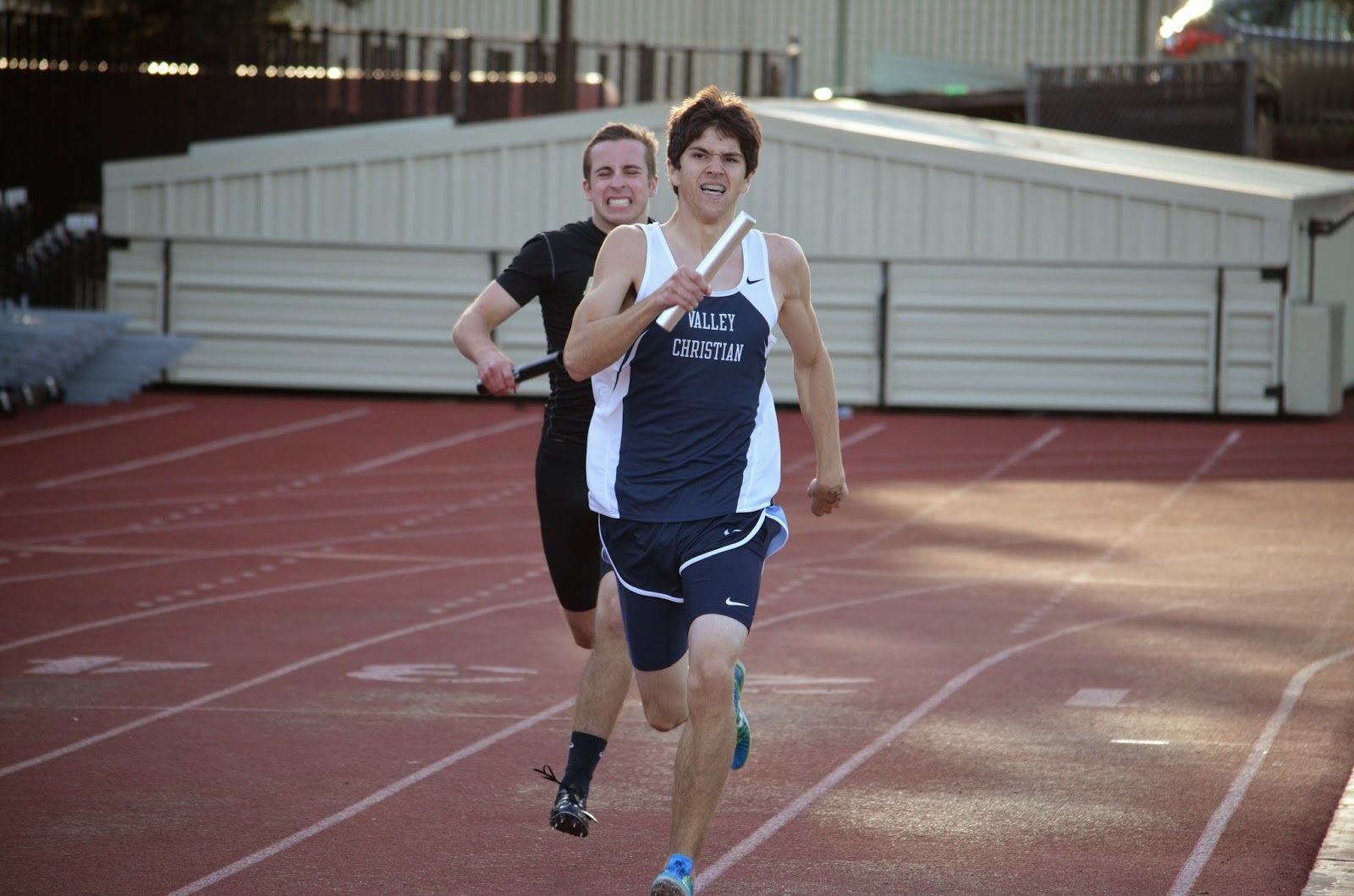 San Jose, CA - The Warriors made the cross town trip to Mitty high school Wednesday as they opened their WCAL dual meet schedule.  The girls track team held their own against the defending WCAL Champions losing a close battle 56-76; the boys walked away with a dramatic win 70-66 in what came down to the final sprint in the 4x400 meters in the last event of the day.

Emotions were running high as in the Girls relay ended in what seemed to be a bit of controversy.  A collision in the final exchange zone left bodies sprawled on the track, and taking the brunt of it was Valley Christian runners Nicole Favre and Ashley Lara who found themselves unsuspectedly part of the carnage.  Mitty held the lead into the final exchange with Favre closing fast.  As the runners approached the line and were separated by less than a second, Lara collided with the Mitty runner who had not yet left the track after handing off the baton, which sent all three runners face first into the track as the fourth runner for Mitty was off in the clear. Lara quickly gathered herself to her feet and began the chase.  Closing the gap dramatically it seemed like she might be able to steal the win but came up short down the home stretch she ran out of real room finishing just 0.14 behind.

While emotions were running high for the Lady Warriors the non-disqualification was indeed the right call as Rule 5-10 in the NFHS rule book states in article 8: “After passing the baton, the relieved competitor should stand still or jog straight ahead and step off the track when clear.”

Outside of the excitement there was still one race to be run with huge ramifications.  The team that won the 4 x 400 relay would win the meet.  It was a motley crew team of distance runners that was assembled and got the job done.  Mitty was off to a strong first leg run in lanes allowing Jason Li to give chase and close the gap handing off to freshman Justin Baraona for the third leg.  It was almost a dead heat but a near perfect exchange gave Lundy the one stride advantage he needed as the two athletes were locked in a battle shoulder to shoulder throughout the final leg.  Having lane one proved the advantage as Lundy kicked home for the win in the time of 3:43.03.