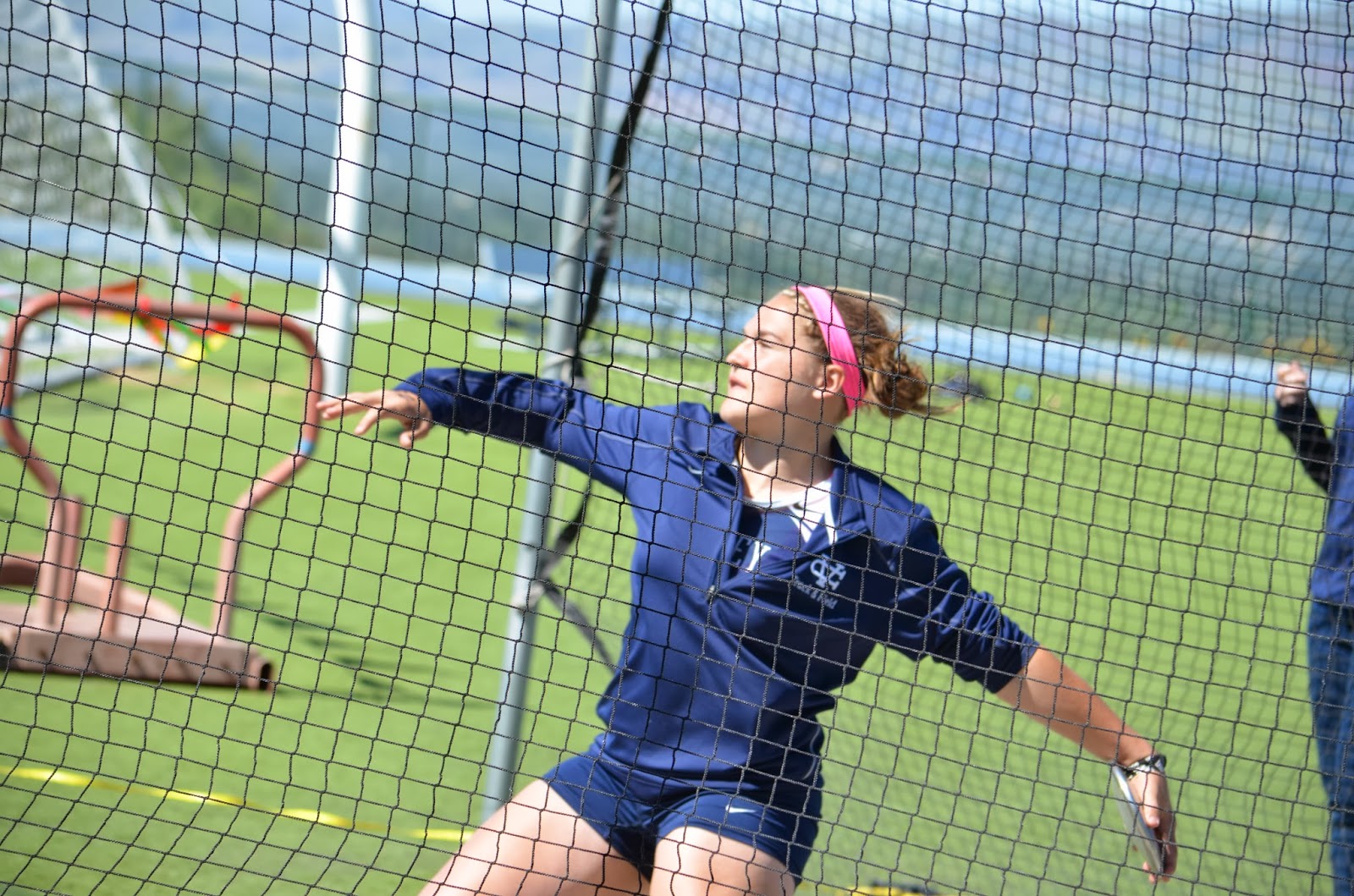 The 2014 track & field season is underway with record numbers for the Warriors.  While athletes in winter sports are beginning their post season playoffs and will join the team at the completion of their season, there is a core of over 100 athletes on the current roster.  The team is scheduled to open their season March 8 at the K-Bell Classic in Los Gatos, though the distance runners get going a week earlier at the Dan Gabor Distance Invitational March 1st.

The Lady Warriors boasted the top freshman and sophomore in the section last season that saw both Ronna Stone and Elena Bruckner finish in the top four at the WCAL Championship.  Stone and Bruckner were a dynamic duo of sorts last season, a powerful 1-2 punch that led the team in scoring throughout the season.  Stone finished the season third in the section in the shot-put, qualifying for the California State Championship where she set her personal best 39’ 5” which currently stands third all-time for Valley Christian.  Bruckner finished fourth in the WCAL Championship meet equaling Stone’s freshman school record of 36’ 2”

Lydia Sum had a breakthrough season that saw the sophomore set the school record with a jump of 36’ 8.5” and finish second in the WCAL Championship.  She also bettered 16 feet in the long jump where she sits #2 all-time for the Warriors with a mark of 16’ 10”.   Adding depth to the jumps is Elane Ma who scored in the WCAL Championship in both the high jump (4th) and long jump (5th) respectably.  This season she will be chasing the school record mark of 5’ 2” in the high jump, just inches from her personal best mark of 4’ 10” set last year as a sophomore.  Taylor Johnson also had an incredible debut setting top marks in the triple jump (32’ 4.5”) and long jump (16’ 2”) where she was the top freshman in both events in the WCAL.  Emily King was a WCAL Finalist in the Junior Varsity division jumping a personal best 15’ 5” in her debut season. 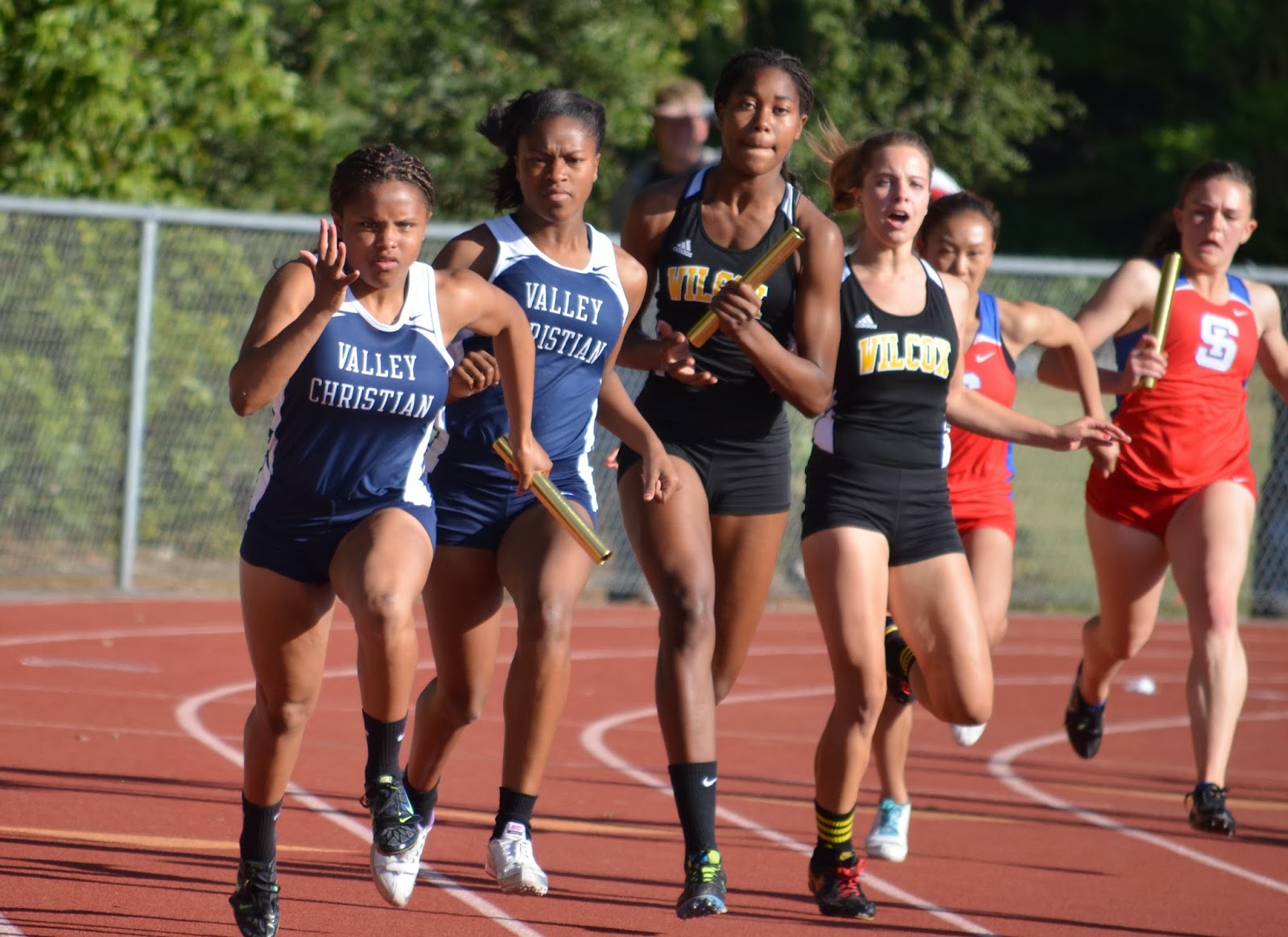 The girls return a talented group of athletes that once again are a strength for the Valley Christian track team.  Leading the way is Shelby Smallwood, last year’s WCAL runner-up in the 100 meters and two-time State qualifier.  Smallwood boast a personal best of 12.02 in the 100 meters which is third all-time for the Warriors.  She is joined by Taylor Johnson who was a top finisher in the WCAL at 200 meters as a freshman.  Smallwood and Johnson were both members of the 4 x 100 meter relay team that qualified for the CCS Finals.

Last year saw breakthrough performances from a slew of young talent including Sonjali Padalkar who  as a freshman finished runner-up in the junior varsity WCAL Championship for the 100 meters.  Priscilla Shing had a strong season finishing with a personal best 13.77.

Also slated to return to the track this season is Ali Weldon who blazed the track as a freshman in 2012.  Taking a year off to focus on soccer she returns and brings with her teammate Briana Visalli.  Freshman Camille Johnson and Tiffani Johnson are also looking to have an impact, both being successful at the junior high level last season

In the hurdles Lydia Sum and Rebekah Bruckner lead the way with top marks in both the 100 and 300 hurdles.   Freshman Nicole Shak also is looking good in the early season and was a top competitor at the Junior High level. 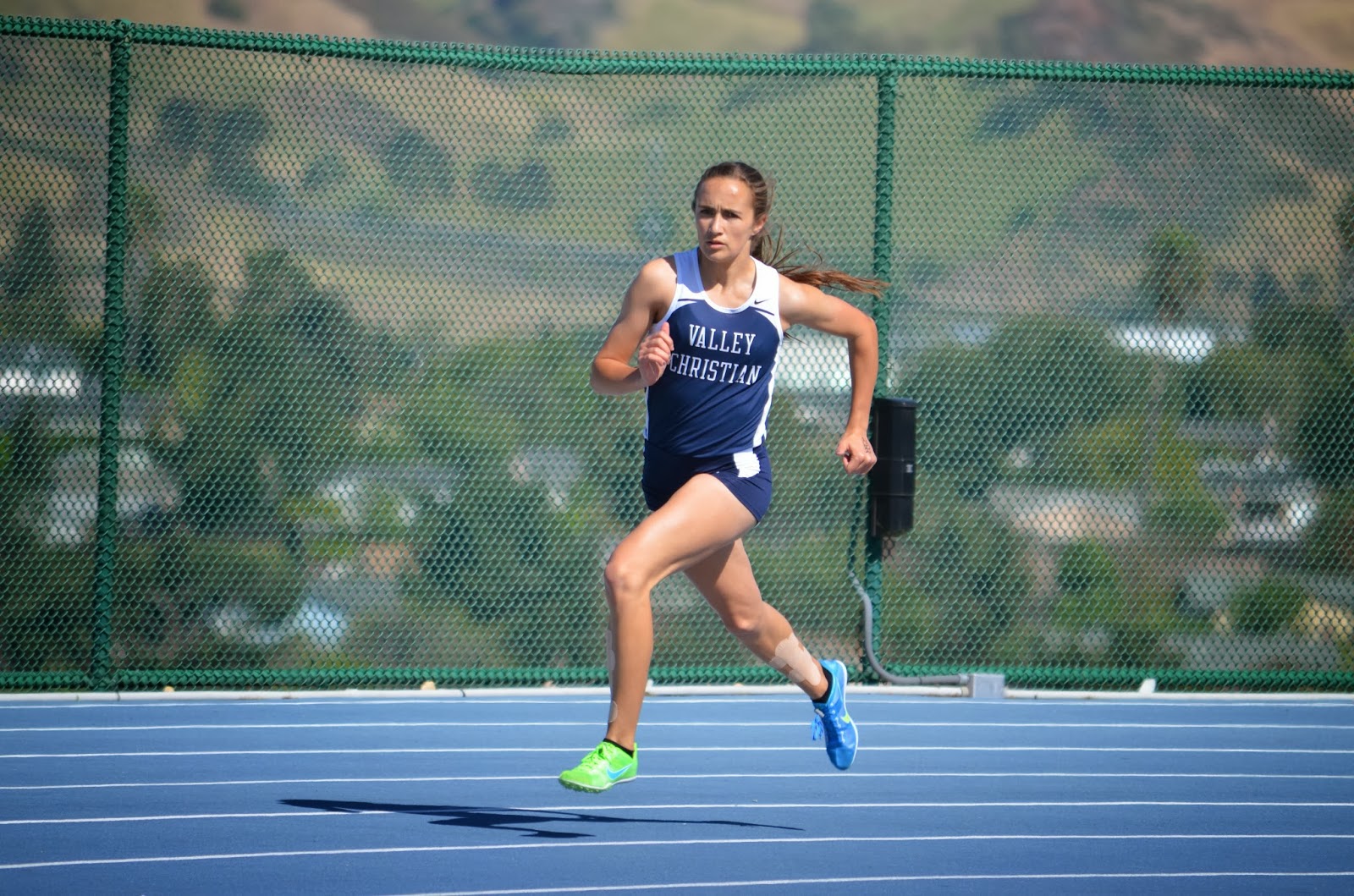 Coming off a successful cross country season that saw the girls team qualify for the State Championship the Lady Warriors return a talented crew that returns all their top runners in the distance events.  Ashley Lara who finished third in last year’s WCAL Championship in the 800 meters returns to top form.  Finishing last season with a personal best 2:22.75 she also flashed some speed running 62.02 in the open 400.  Jessica Xu finished the season with personal best in every distance discipline dropping down to 5:19 last year finishing as the team' stop miler.  Kailey Eddy ran 11:48 in the 3200 last season and returns as the top 3200 meter runner for the Lady Warriors.

Returning to full strength and adding depth to the Warriors distance crew are seniors Karen Mac and Shannon Luu.  Mac who was in the midst of a spectacular sophomore season in 2012 got tabgled up and took a hard spill that kept her out for the better part of the year.  Following a strong summer of training she returned to form last fall in cross country and is looking to be a major contributor this season.  Shannon Luu also missed the majority of the past year but has also looked sharp this early season.  Joining them is another senior Megan Gillespie who just missed the 6 minute mark in the mile last season.  Leia Wang and Vanessa Giacalone will also be contributing following last season’s marks of 2:40 in the 800 meters, quality marks for freshman.

The distance crew also welcomes Sara Van Wagoner and Nicole Favre to the ranks.  Van Wagoner who recently signed with Sonoma State to play soccer ran in her first cross country season this fall earning All-WCAL honors, finishing eighth in the CCS Championship in one of the best times in school history.  Also having a successful debut cross country season was Nicole Favre.  A finalist in the junior varsity 400 meters last season the sophomore was clutch for the cross country team this fall.  She will be running the 400 in addition to the middle distances this spring.

Posted by Warrior Nation at 2:57 PM