The Road to State: Athiya Iese 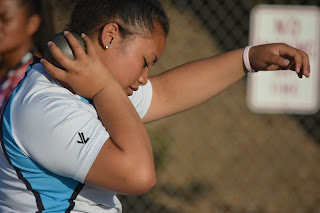 San Jose, CA - To many Track & Field is an individual sport. To Athiya Iese it’s about team.

“My favorite memory of this season was our dual meet against St. Ignatius. The last event was going on and we all were waiting along the side of the last 100m to cheer for our runners to finish.”

Iese hasn’t known any other way. Her freshman year she was part of the team that finished second place in state after making a run for the WCAL and CCS Team titles. So it wasn’t surprising that heading into this year’s WCAL Championship the girls throws crew began to dream. Not about what they could do as individuals but what they could together.

They started adding up team points.

The three varsity girl throwers could score 48 points. And not surprisingly they got all of them, sweeping the top three places in WCAL sending all three to the CCS Trials. So naturally they began to dream again, this time to get the throws TEAM to the State Meet.

Three Valley Christian throwers are moving on to State: Dylan McCreery, Elena Bruckner along with Iese. 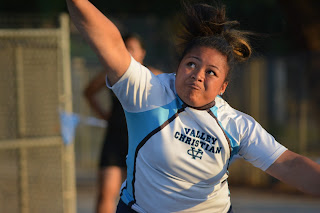 “Going to state with my teammates is such a huge blessing,” Iese said. “We each worked so hard this season to get here and I thank God for being with us along the way. Our whole team may not have made it, but I know that we all worked hard this season and were great teammates and a great family.”

While team is at the heart of the throws crew it is not without individual accolades. Last year Athiya Iese was the only freshman thrower to make the CCS Finals. This year once again she was the only underclassman.


As much success as Iese has had early in her high school career she was hardly an immediate success. A year ago in her first meet she threw 27-8 in the shot put and 68-4 in the discus. But she was coachable and had two outstanding upperclassman to look up to in Elena Bruckner and Ronna Stone. That season she was a bit under the radar with two State Champions on the team but Iese impressively made the CCS Final podium in the shot put, ending the season with a season best 39-0 (over an 11 foot improvement from her first meet just two months earlier).

The composed underclassman has remained humble and determined to never stop striving to improve and get better.

One can only imagine when you practice daily with an athlete that throws over 50 feet in the shot put and 180 feet in the discus the expectation and ceiling is raised. No longer is a 40 foot shot put or 150 foot discus mark feel like a barrier. The bar is raised and you "just keep throwing." 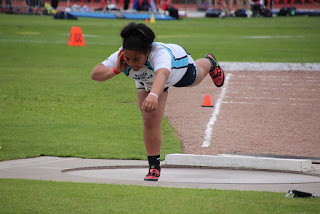 “To throw with Elena is huge blessing,” Iese said. “I would go to meets and be intimidated by other throwers until I realized that I practice every single day with one of the best in the nation.”

“Elena is a very humble thrower and it's rare to meet someone who is one of the best, gives all the glory to God, AND stays humble. Practices and meets are so fun because she's the sunshine on our rainy days. She always brings light into our practices and I'm really going to miss her."

Iese has a personal best of 41-5.5 in the shot put and 138-8 in the discus. And she is headed to the State Championship!

Posted by Warrior Nation at 3:54 PM