The Road to State: Dylan McCreery 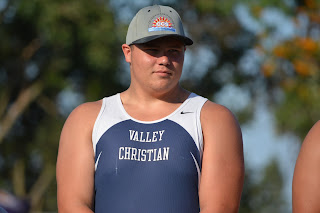 San Jose, CA - A year ago last February Dylan McCreery picked up a shot put for the first time. A month later he competed in his first high school meet.

It is hard to explain but there is something primal that draws you to the sport of track & field. Ever since we were young we loved to race our friends to see who was the fastest or picked up things to see who could throw the furthest. Throwing the shot put is an expression of power, quickness and agility. It is a split second of pure aggression and explosion that translates to feet and inches.

Perhaps it is that childhood nostalgia that draws McCreery to the sport, or perhaps the primal aggression and power that is required. Whatever it is he has been on an amazing upward trajectory and in just over a year has become one of the best throwers in the State. This spring McCreery won the WCAL shot put title, the first boy’s title in school history. The momentum carried over into the CCS Finals where he finished second to advance to his first California State Championship. 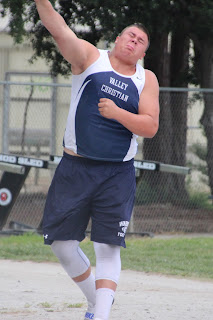 While McCreery punched his ticket last Friday, the “Road to State” began just over a year ago. In his first meet as a sophomore, he threw the 10-pound shot a respectable 37 feet, 9 inches. By the end of the season the sophomore was consistently hitting 42 to 43 feet before a break out performance at the WCAL Championship where he hit a 5 foot personal best to finish second in 47-8. He has been a force in the CCS ever since.

That success stems from the aggressive and competitive nature McCreery brings to the ring. The junior has been impressive, improving more than 7 feet since the start of the season.

“You can practice technique all you want but if you don't have that killer mentality and go after when your time is called your gunna suck,” McCreery said. “It's that simple.”

McCreery has been stellar this season winning the WCAL and CCS Trials, performing his best in the meets that counted most. “I let everyone at that meet know that I'm coming for them and that their top spot is not safe!”

“Competing in the state championship is a once in a lifetime opportunity,” McCreery said. “It makes me feel like I'm the king of the world.”

So what is the killer instinct looking to accomplish at the State championship?

“PR and break the school record.” 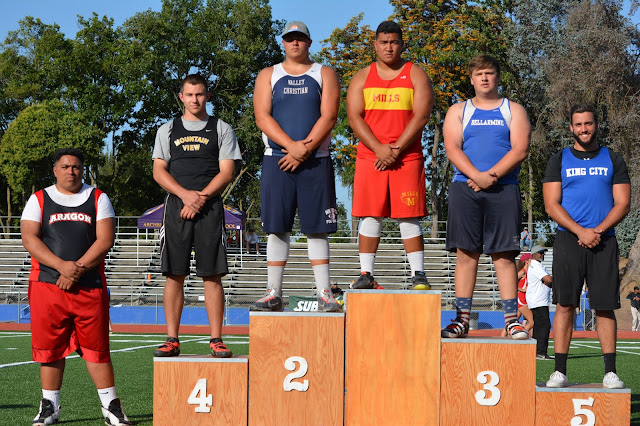 Posted by Warrior Nation at 2:15 PM