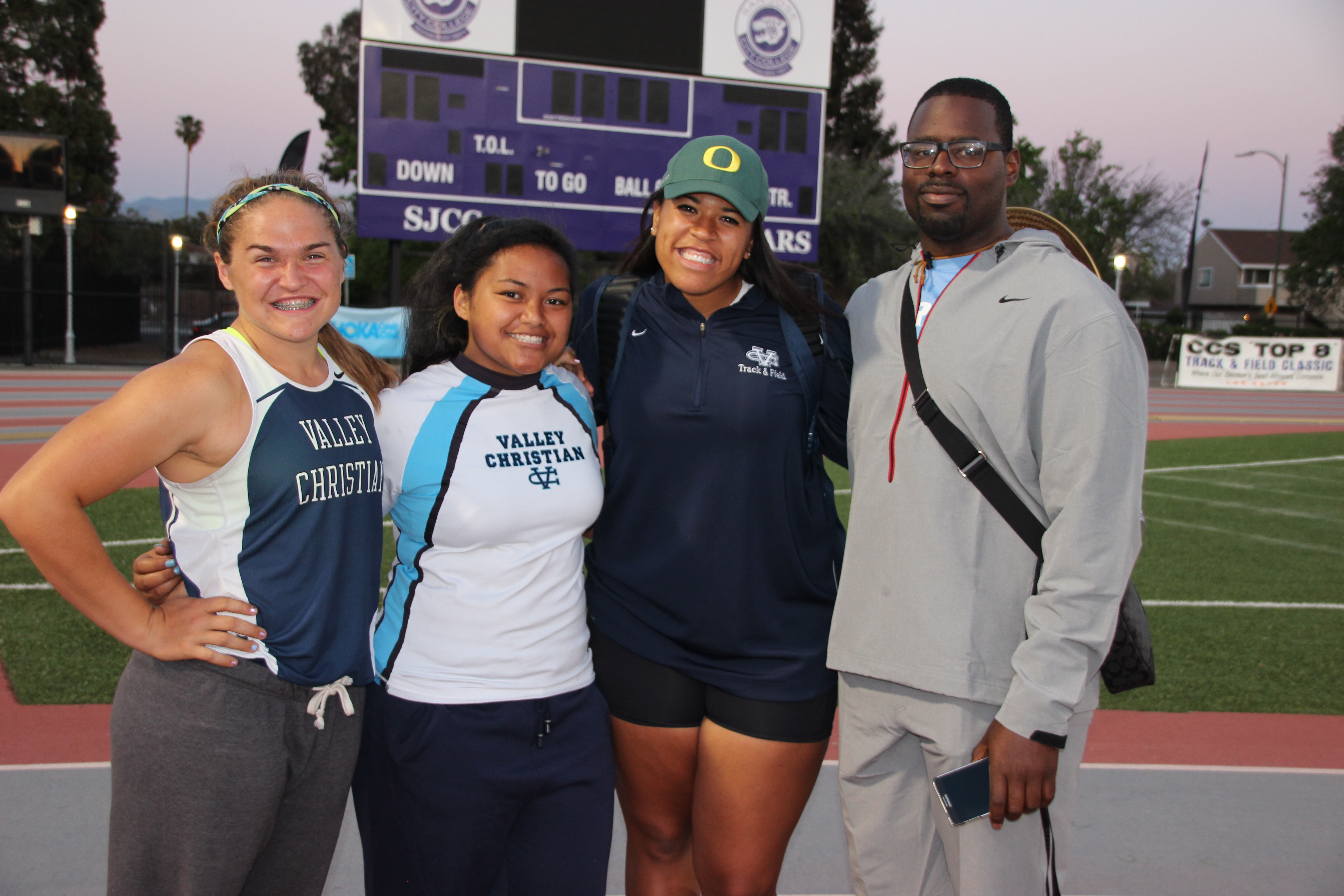 San Jose, CA - The Valley Christian Warriors head into the CCS Finals with three throwers posed to score big points and propel the Warriors to a podium position in the team competition.

Elena Bruckner enters the Finals as the top seed throwing 49-11.5 in the trials the week prior. Ranked #2 in the U.S this season with a personal best 50-5.25, she looks to repeat as CCS Champion. Bruckner, has the top ranked discus thrower in the nation (182-8 at the WCAL Finals) but enters as the #2 seed in the discus.

Teammate Ronna Stone moved to #4 all-time in CCS history after her winning throw of 158-10 in the CCS Trials. Stone is the only competitor to have beaten Bruckner this season. She also is the #2 seed in the shot put and enters with a personal best 44-9 she threw at the CCS Top 8 Invitational in April.

Hard to imagine that freshman Athiya Iese opened her season just a couple of months ago at the Saint Francis Invitational; in that debut she finished fourth in the shot put with a mark of 27-8. Since she has exploded in the event becoming one of the sections best, improving over eleven feet in just two short months. Saturday Iese finished fourth in the CCS Trials matching her personal best 39-0.