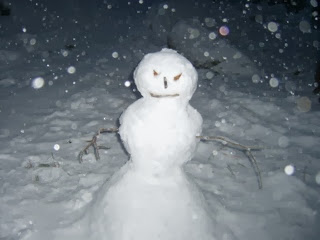 Valley Christian, San Jose - The "Winter Mile" has turned into a tradition of sorts.  Held the Wednesday following the last meet of the year the time trial run, which began as a fun low-key way to test fitness at the end of the season has blossomed into an extravaganza of personal bests. "I was more nervous for this than I was for any meet this year," Jessica Xu said wearing her yellow long sleeve CIF shirt. That's saying something as it was just 5 days ago she ran on cross country's biggest stage, the state championship.

It was a small group on the cold December day; winter finally came as the 50 degree temperatures was a big change from the mild 70 degrees just the weekend before.  Runners were dressed warmly, in long sleeves, sweatshirts and sweat pants.  But the cold seemed to just energize the handful of runners on the starting line.

There's no starter or official timing system here.  Just coach with his watch and the commands of "ready-go."  The runners dart out fast with Freshman Nedu Ndili out front with aspirations of breaking 5 minutes for the mile.  He has come close in his PE class running 5:06.  With him are two more freshman, Justin Baraona and Cameron Lockard.  The pack of freshman are some of Valley Christian's best as all three broke 18 minutes in cross country this season.  Lockard and Baraona also have run well in PE class with personal bests of 5:18.

In the race with their own aspirations are seniors Jessica Xu and Karen Mac.  Both are in the best shape of their lives and are looking for personal bests.  A tall task, especially for Xu considering she has run 5:20, one of the top times for the mile in the CCS.  But defiance would be her motivator, the pace shot out in 16 seconds through the first 100 meters.

The pace settled in but was fast coming though the first of four laps.  Ndili was out in front and passed the first lap in 70 seconds, Xu in 72 with the pack in tow.  Half way it was just as close, 2:30 for Ndili and 2:32 for Xu running in a pack with freshman Cameron Lockard and Justin Barona. Karen Mac in 2:43.  The third lap hurt, but it is supposed to.  The pace still strong, Ndili crossed in 3:48, the pack 3:54.

The question was now could they rally for one last push with a lap to go. Ndili answered, closing with a blistering 67 second lap to earn his first sub five minute mile. Lockard put on a push of his own and ran faster than he ever has before: a five second personal best in 5:13.

Jessica has run 5:20 a number of times: At the Avis Kelly Invitational she ran 5:20.17, then got even closer at the CCS Top 8 Invitational running 5:20.09. Running though 1400 meters the senior had a cushion but lactic acid was creeping in, the body was completely anaerobic now suffering from the blistering first lap. As the face cringed and the legs grew heavy this is the point in the race that people say "the bear jumped on your back."  As Xu fought the fatigue it was going to be close, lunging at the line she got her time 5:19.8! Karen Mac was closing out her own spectacular run not far behind finished in 5:46, one second from her time in this run her sophomore year.

As athletes sprawled the track after crossing the line, hunched over in failed attempts to catch their breath and stay upright the results were there proving the impressive fitness of the athletes following the season.  Now they can rest, take some time away and enjoy the spoils of not just their cross country season but the comfort that barriers have been beaten and do not seem so much of a barrier anymore.

Now that it is all over perhaps the most prominent thing on these minds on this cold winter day is where to find some hot chocolate.